Home » Blog » So France is at War, Now What?
Spread the love 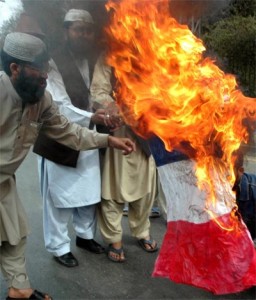 The Paris terrorist attacks of January 7 through 9, 2015 are still very fresh in the memory of the global community. The response to the attacks on freedom of expression and on the Jewish community was and continues to be overwhelming. Officials from various countries are still visiting the sites and paying their respects.

Both the home where I grew-up and my niece’s apartment turned out to be within a few hundred yards of the Kosher Supermarket massacre. I was taken aback by the proximity of the attacks, as well as the choice of neighborhoods. I would have never guessed that “my quiet neighborhood” could become the scene of a bloody terrorist attack. But I suppose that in 2015, no area is sacred or even safe from global terrorism.

This series of attacks seemed to be a wake-up call for France. But the country had been snoozing for quite a while. Since the torturing and death of Ilan Halimi in 2006 and the brutal murder of 4 Jewish people in a Jewish Day school in Toulouse in 2012. As a matter of fact, similar statements of potential action against terrorism were made at those times. But they were just that: potential. Has it since become water under the bridge of political correctness?

Since last week’s events, Belgium thwarted a terrorist attack and killed two suspected jihadis in the process. The country is currently struggling with some of its citizens going to Syria to train with the Islamic State, a dilemma that France and many other European countries are now faced with. In fact, the whole world is at risk as people from all over see fit to join the Islamic State. How anybody would be attracted to joining a barbaric organization thriving on crucifixions, beheadings and rapes is beyond comprehension, yet it is a reality.

As it turns out, France is at war. But France isn’t alone as the rest of Europe finds itself caught in this complicated conflict against terror, a conflict that knows no geographical OR moral boundaries. While the current war has nothing of a conventional conflict between two or more countries, it could still be driven by some of the very basic principles that punctuated conflicts in the past.

One foundational principle of war is to know your enemy. In the case of France, I am convinced that this is not the case, at the very least not fully. As much as I appreciated President Hollande’s attempt at gathering the free world on the streets of Paris on January 11, and as much of a historic event as it turned out to be, I remain puzzled by the presence of certain officials. Why in the world did France invite Mahmoud Abbas (and originally not invite Benjamin Netanyahu) to the march. I compare inviting Abbas to a march against terror and promotion of freedom of expression to inviting Hitler to a Passover Seder. Seriously! Abbas is in bed with Hamas and we know too well what they are capable of. Not to mention some of the African heads of state that were also present at the march, who definitely have their own definitions of freedom of expression and freedom of religion.

Additionally, France and most of the planet for that matter, continue to keep their head in the sand as it pertains to Islam’s infiltration into Western civilization; with or without violence. Radical Islam has become the weed that will choke the West. To simply state that the attacks of January 7-9 in France have nothing to do with Islam is an oversimplification that proves ignorance on the part of France, and Greater Europe. Of course, not all Muslims are terrorists but can anyone remember the last time a terror attack ANYWHERE in the world had no connection to Islam? In light of the recent blood bath, French Foreign Minister Laurent Fabius was quoted saying: “I do not like … I do not want to be a censor, but I think the term Islamist – and I have also said this about the expression Islamic state – is probably not the right one to use. I call them terrorists. Because when you use the word Islam, you promote a kind of continuity between the Muslim (who practices his religion, which is a religion of peace) and a certain [extremist] interpretation of the Muslim religion.”

I really don’t think that the whitewashing that is taking place will help to defer any future attacks. On the other hand, it might condition the masses into believing that an imminent danger is simply a misnomer and should be ignored–something that radical Islam is counting on!

So how do you fight an enemy that has no moral equivalence with the Judeo/Christian ethics of the western world? Very carefully! Keep in mind that it is nearly impossible to have a strategy if you haven’t really identified who it is that you are fighting.
There has been a controversy in the last few days over a story of France’s 750+ No-Go zones. They are sensitive urban zones all over France whit a large concentration of Muslims, and in many cases, presenting a real danger for the locals and even the authorities. An American journalist from FOX News was forced to apologize for some very bold statements he made about theses areas, and he did. This doesn’t take away the many areas were known Muslim communities exist today. Some say that it is a myth, so say that they do exist. The reality is that from both sides of the spectrum, all agree that there is a malaise within French society that has been created by Islam’s obvious refusal to integrate French society over the last 50 years. Given that about a third of France’s Muslim population of 5.5 MM is under the age of 30 and highly unemployed, this creates an ideal breeding ground for radicalization. The French city of Marseille is a perfect example of that with a Muslim population of between 30% and 40%.  It is well on its way to becoming the first major metropolis of France that has a Muslim majority. It is only a matter of time before we discover if the No-Go zones are a myth!

French analyst and author Guy Millière stated recently that: “Anyone who knows Islam and knows of the existence of the internet also knows that “French Islam” does not exist, and that Islam in France cannot be separated from Islam as it is everywhere else.”
As difficult as it is for me to admit, the only person who seems to have an opinion and somewhat of a strategy on how to deal with the French problem of Islamist radicalization and infiltration is Marine Le Pen. The current leader of French extreme right party Front National is becoming increasingly popular even within a Jewish community well aware that her and her dad Jean Marie Le Pen are rather anti-Semitic. After all, it was Jean Marie Le Pen who once said that the Holocaust was simply “a hiccup of history“. Marine Le Pen promotes a strict immigration policy that would be a good start for a safer France. Unfortunately, she doesn’t stop at radical Islam’s threat to the country. If she had her way, she would clean France of Arabs, Blacks and Jews. At the rate this is going, she might have her way, God forbid!

I fear that France’s strategy is simply based on a war of semantics and a reactive move against terror instead of a pro-active one. If indeed we hear mostly words but see no action, Islamists will continue to infringe on our liberties, kill many more people and prove that if France didn’t know their enemy and didn’t have a strategy, THEY [radical Muslims] certainly did! The French Jews can always move to Israel, but where will the rest of the natives go?