You are here: Home / Antisemitism / Please Do Not Associate George Floyd with the Holocaust!
Spread the love 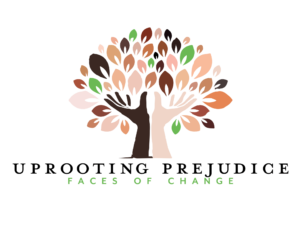 There is a myriad of events that punctuate our daily lives and end-up finding their place in the history of human tragedies. These events are remembered by subsequent generations in the hope that people will not repeat their mistakes. These are very good intentions, but they don’t always work, especially when you link historical tragedies that have nothing in common. Enter George Floyd and the Holocaust!

Recently, the Holocaust Memorial Resource and Education Center based in Florida opened a new exhibition called ” Uprooting Prejudice: Faces of Change.” The exhibit displays a series of photographs by John Noltner from Minneapolis. The site goes on to explain, “When someone faces an act of antisemitism, racism, or any form of identity-based hate, whether it results in death or not, there is an uprising of many emotions. We felt it was important to bring the human experience of the aftermath to our museum. ” The exhibit is made of 45 different faces from strangers on the scene of George Floyd’s death, accompanied by a brief message. I command John Noltner for his initiative and creativity in shooting the portraits of those around the tragedy. Events like these must be documented from as many angles as we possibly can. My concern is not with the contents of the exhibit, but with the choice of location to display it.

In a recent interview, John Noltner shared that when he arrived on the site of George Floyd’s death, there was pain, frustration and mourning. I couldn’t agree more with him. We cannot dismiss the tragedy of Mr. Floyd’s death and the wrongful action of some of the local police force. Justice must be served for those who broke the law and as a country, we remember Mr. Floyd and mourn with his loved ones. Additionally, without rehashing the obvious, all lives matter and will always matter.  As a reminder, our behavior should be guided by biblical principles such as:

• Humans are created in the image of God (Genesis 1:27) – God created man in His own image, in the image of God He created him; male and female He created them.
• Human life is precious to the Lord (Jeremiah 1:5) – “Before I formed you in the womb I knew you, And before you were born I consecrated you; I have appointed you a prophet to the nations.”
• Human life is to be respected (Leviticus 19:32) – You shall rise up before the gray-headed and honor the aged, and you shall revere your God; I am the LORD.
• We are to love our neighbors as ourselves (Leviticus 19:18) –  You shall not take vengeance, nor bear any grudge against the sons of your people, but you shall love your neighbor as yourself; I am the LORD.
• God is not a respecter of persons (Acts 10:34-35) – And Opening his mouth, Peter said: “I most certainly understand now that God is not one to show partiality, but in every nation the man who fears Him and does what is right is welcome to Him.
• All of us are in need of the same Redeemer (John 3:16) – “For God so loved the world, that He gave His only begotten Son, that whoever believes in Him shall not perish, but have eternal life.

This being said, the new exhibit on display at the Holocaust Memorial Resource and Education Center is simply out of line and offensive. There are plenty of ways to put on an exhibit about racism and social injustice, and this at many venues, but not at a Holocaust memorial facility. Now we are simply comparing apples to oranges. I am not implying that the Holocaust is more important than any other genocides–although it could be argued since it is the only attempt at completely destroying a people group where the perpetrators went out of their ways to bring the victims back to their deaths. Yet, my focus is not on the importance or priority of the Final Solution, but rather on the difference between it and the wrongful death of George Floyd.

Nobody in their right mind will argue with the fact that George Floyd was a victim of racism, abuse of power, violence and wrongful death. I am not taking any of this away, but please, let’s not compare the fate of Mr. Floyd with the fate of six million Jews during the Holocaust. Allow me to remind all of us about what the Holocaust brought onto European Jewry:

None of those applied to George Floyd. Again, I am not implying that his wrongful death should be minimized, but simply that it should not be compared to the Holocaust. Having an exhibit about racism and social justice in the middle of a Holocaust Memorial makes no sense at all. Are the curators implying that the police officers abusing Mr. Floyd were like Nazis? Or are we so indoctrinated with the virus of political correctness that we will do and say anything to repair the damages? It ends up being an insult to Holocaust survivors and those they lost. It minimizes an event that has earned its place in the very center of the pantheon of human atrocities.

There are a place and a time for such an exhibit, and people should view it seriously so that they can process, mourn and heal, but not in the context of the Holocaust. How would the African American community feel if, in the middle of a museum dedicated to the memory and teaching of slavery in America, someone would set up an exhibit with portraits of rape victims and their testimonies? The lack of connection would be obvious and potentially offensive to either or both sides.

Today, more than ever in the history of mankind, our world is divided religiously, politically, economically and racially. We need to recognize each other’s worth regardless of our background and origins. We do not have to blur the lines of culture and religion, but simply recognize our differences while appreciating them as we thrive to move forward in the best unity possible. It is not as easy as it sounds. It requires effort, commitment, patience and some level of positive compromise. Erasing the line between racism and violence against the black community and the brutal death of six million Jews is not the way to go about it.

Martin Luther King Jr.’s words still resonate today as a guide for all of our communities to join hands and let God guide us: “I wonder what kind of conversion each of us need and our communities need after witnessing the senseless death of many of our Black brothers and sisters. What kind of conversation do we need to face the hatred and division in our communities and institutions? And what kind of strength and vision can we gather from those who are raising their voices to demand a better world for everyone. A world where one’s worth is not defined by their color of their skin, their legal or economic status but rather by a collective recognition and affirmation that we are all children of the same God, that each of us carry within the divine spark of Life.”