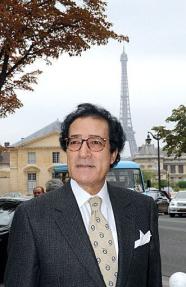 The United Nations Educational, Scientific and Cultural Organization (UNESCO) is an agency of the United Nations that was established in 1945. It strives to contribute to peace and security by advancing international collaboration through education, science and culture. It also claims to promote justice, human rights and fundamental freedoms as proclaimed in the United Nations Charter.

The leading candidate is Egypt Culture Minister Faruq Hosni. While he fell short of the 30 votes needed to be elected, he is still considered the most likely next Director General. There is a great concern by world citizens who adhere to the values proclaimed and hopefully upheld by UNESCO. A final vote will be held shortly with results in October 2009.

Mr. Faruq Hosni has a history of rejecting cultural relations with Israel and he was once a proponent of Hebrew book burning in Egyptian libraries.

He is said to have apologized about his biased censorship in the name of Islam. He also claims that he is not an anti-Semite since he restored all the synagogues in Egypt.

The water is muddy at best. Mr Hosni might have changed his stance on book burning – a good move if you want to be the next UNESCO Director General – but he remains a Muslim. What do I mean by that?

While not all Muslims are terrorists and not all Muslims hate Israel and the Jewish people, I see Mr Hosni’s appointment as one more step towards Global Muslim control. He himself might or might not be a practicing Muslim. He might even call himself a “moderate Muslim” (no such thing in my book). The reality is that with a Muslim at the head of an organization created to promote education, science and culture, the future of our free world seems again a little shakier.

Political Correctness towards Islam will be the demise of Western Civilization!