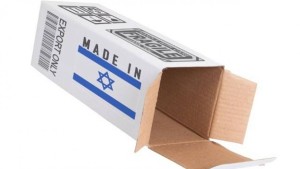 The little known fact is that the EU started to apply coding on similar products in 2003 for customs officials. This will be the first time that such labelling is done for consumers. The process started in 2012 and finally saw its official launching on November 11.

The reaction was immediate. People who support Israel started to look at the move and accuse the EU of boycotting. Many complaints came, trying to expose the European Union’s move as a shameful, one-sided, political move to further ostracize Israel. While I don’t believe that we can call the move a boycott of Israeli products, there are ramifications to its implementation, but I am not certain that they are all negative.

The first thing that we need to understand, is that labelling a product doesn’t constitute a boycott in and of itself. It certainly can contribute to it or encourage people towards boycotting, but it is not a boycott. That being said, once the product is labelled something like “Product from West Bank (Israeli settlement)”, the words are not meaningless, they will invite a response that can vary from one individual to the next.

It also raises the issue of double-standards–something Israel has grown accustomed to over the years. There are other countries with territorial discrepancies in the world that are not affected by such labelling. Benyamin Netanyahu who felt that the EU should be ashamed and said “that the EU decision constituted a ‘double standard’ as the bloc didn’t label products from other disputed territories around the world.” There are no questions that this constitutes a case of double-standards and that the labelling is much more political that the EU wants to admit. There is no way to add the word “settlement” in a description without having it carry the heavy connotation of “occupation” or “invasion” that the world has now accepted as fact.

Netanyahu’s most recent reaction was to suspend diplomatic ties with the European Union (not necessarily with individual countries within the EU though!) This a sign of protest against that decision. I don’t think it will force the EU to revert it, but it shows Israel’s disdain for this biased move.

It is obvious that people will use the information differently and that some will choose to use it to facilitate their boycotting of Israeli products. These individual are mostly the same individuals who would indiscriminately boycott Israel with or without the labelling. I don’t see the labelling as hurting Israel’s economy that much. But no matter how much it might hurt, there is another side to that coin. Whatever product is labelled from the “Occupied Territories” is just labelled and not banned and it can just as well become a preferential label for some. Many people are fighting the boycott of Israeli product by going out of their way to purchase Israeli brands. This could easily be the case with the new labels applied to “Territories” products.

It reminds me of the story of Joseph and his brothers in Genesis chapters 13-50. Joseph was abandoned and sold by his brothers. Ultimately, he ended up in Egypt, became Pharaoh’s right-hand man and was used in a mighty way to save and protect his extended family. There is a lot of negative to be found in the story of Joseph, yet we could all learn from Genesis 50:20 in Joseph’s final words to his family: : “As for you, you meant evil against me, but God meant it for good in order to bring about this present result, to preserve many people alive.”

What the enemies of Israel meant for harm can be used to glorify God and support Israel. The boycotting of Israel is not about to stop tomorrow, but we can all do our part to buy Israeli products and this is how I see that labelling Israeli products could work both ways. In the process, if you find products labelled “Made in Palestine” or “Made in the Palestinian Territories”, nobody prevents you from boycotting these. I know I will!