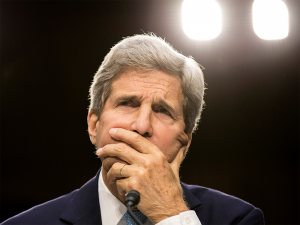 Too bad Mr. Kerry. You had a simple opportunity to not only align the USA with France in the fight against terror but also reach out to the French Jewish community at a time when they don’t feel much friendship from most of the world. By generalizing your statement, you ignored the French Jewish victims and offended them. I wonder…. was there any other group you cared not to offend by leaving the Jews out of your statement?
6,944