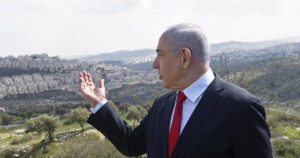 When the world struggles with a pandemic and increasing racial/cultural riots, Israel takes second place on the news. Don’t quote me wrong, there is still plenty of antisemitic rhetoric to be heard, and acts against Jews still abound. But, somehow, there had been a bit of a respite. That was until the approaching deadline for Israel’s annexation of territories from the West Bank became news. The day for the move was July 1st, but Benjamin Netanyahu decided to delay it a bit.

People have argued about the legitimacy of Israel in the land, pretty much officially since May 14, 1948, but the saga started way before. The 1917 Balfour Declaration followed by the 1920 San Remo Conference really made it clear that the land then known as “Palestine” belonged to the Jewish people. This led to the November 1947, United Nations vote to partition Palestine between Jews and Arabs. Palestine was only a name for a geographical area that comprised “Palestinian Jews” and “Palestinian Arabs” living in harmony or at the very least tolerating each other. And that was fine–not that I ever cared for the renaming of Eretz Yisrael to Palestine by the Romans in AD 135. But, for all intents and purposes, Palestine was just the name of a piece of land in the Middle East from AD 135 to 1948.

Eventually, it became a politically charged word, synonymous with the country of origin for a people known as the Palestinians. Yasir Arafat mastered that narrative to the day he died, and the baton was passed to Mahmoud Abbas who has shared the burden of promoting the same lies with Hamas. So, today, people around the world are buying into the narrative of “the Palestinian victims of occupation and ethnic cleansing by Israel.” It doesn’t matter if it is not true, it has become the new truth about the Middle East, and most people are OK with that. But, for those who really care about the truth, I would like to offer three reasons why Israel ownership of the whole Land is the only viable and legitimate solution.

Biblically, Israel owns the whole land: Going back to the book of Genesis, God made a covenant with Abraham and his descendants. At that time, it was actually more of a promise. He promised him a great multitude of descendants in Genesis 12:2, “And I will make you a great nation, And I will bless you, And make your name great; And so you shall be a blessing.” That promise also happened to be unconditional and eternal. The unconditionality of the Abrahamic covenant is a critical factor that cannot be ignored. In essence, there is nothing that Israel can do or should do to fulfill their part and keep the land. God simply said, “I will” and not” I will if you do”, and that is huge.

Later, God ratified the covenant in Genesis 15:18-21. In that passage, the list of people groups that God decided to turn into the “land of Canaan” (a euphemism for Eretz Yisrael) add up to a land mass that makes Israel the size of twice the state of Texas, as opposed to the current Israel that is about the size of New Jersey. These boundaries have never been fulfilled anytime that has been recorded in the Bible, and we know that it is an unconditional and unbreakable promise from God, so there is a guarantee that it will come in the future. Most Bible students believe that this will be fulfilled when Messiah (Yeshua) establishes His kingdom on earth at His return. The Jewish prophet Daniel speaks of that future time in Daniel 7:13-14 “I kept looking in the night visions, And behold, with the clouds of heaven One like a Son of Man was coming, And He came up to the Ancient of Days And was presented before Him. “And to Him was given dominion, Glory and a kingdom, That all the peoples, nations and men of every language Might serve Him. His dominion is an everlasting dominion Which will not pass away; And His kingdom is one Which will not be destroyed.

Israel’s ownership of the land never negates the fact that God Himself declared that He is the ultimate owner, passing the deed down to the Jewish people as read in Leviticus 25:23, ‘The land, moreover, shall not be sold permanently, for the land is Mine; for you are but aliens and sojourners with Me.” Israel’s ownership of their ancestral, biblical land also doesn’t negate the rights of Arabs to exist and flourish in the region–not that Israel has ever been guilty of antagonizing the Arabs. They are welcome as Arabs if they opt to live in peace in Israel. The fact that many countries of origins for the Arabs that resided in pre-Modern Israel “Palestine” never wanted them back in 1948 is beyond the scope of this article.

Prophetically, Israel needs the whole land: There is an important factor that plays out in the future of the Jewish people. It is known as the Law of Return, that was passed in 1950 in the Knesset (Israeli Parliament.) It allows Jewish people from all over the Diaspora to return to the land with certain [limited] benefits. Modern Israel has experienced various waves of emigration’s over the decades. Jewish people made Aliyah from the former Soviet Union as soon as a ban on Jewish refuseniks was lifted in 1971, and they continue to pour into Israel to this day. Then you have the Ethiopian Jews known as Falashas who started their emigration to Israel in 1977. A myriad of Jews from many countries have emigrated over the years and they form the unique fabric of the Israeli people. Most of these Jewish people are not necessarily religious. Only 15% of global Jews are religious all together.

Regardless of a lack of a biblical connection, the Jewish people are also promised by God that in the future they will all return to the land, even in unbelief. In other words, a Jewish person’s spiritual connection of lack of, to the God of Abraham, Isaac and Jacob, has no bearing on God’s promise to bring the Jewish people back to the land in the last days. He will do it because of His holy name. The prophet Ezekiel told us of these days in Ezekiel 36:22-28, “Therefore say to the house of Israel, ‘Thus says the Lord God, “It is not for your sake, O house of Israel, that I am about to act, but for My holy name, which you have profaned among the nations where you went….For I will take you from the nations, gather you from all the lands and bring you into your own land….You will live in the land that I gave to your forefathers; so you will be My people, and I will be your God.

The Jewish people have started to return in large numbers over the last 10 years. Especially from Western Europe. Now, we need to understand that Western Europe is the home of many Jewish people who have live very comfortably there for decades. They have property, investments, wealth and even some deep roots and history. Yet, this is not preventing them from selling all and moving to Israel, France being at the forefront of these Jewish communities. Why? just one word: Antisemitism! The longest hatred has been on the rise as I have been documenting for the last 20 years. It is becoming increasingly unsafe for Jews anywhere in the world except Israel. As the Jews are currently making their way back home, Israel needs every square mile of land to accommodate for their return. Now is not the time to give away more land!

Geopolitically, Israel runs the whole land better: With their proverbial head in the sand, most people do not realize how much better life in Israel can be for all people. This tiny sliver of land in the Middle East truly is a beacon of light in a very dark place. It is recognized as the only true democracy in the whole region. Not that I would agree with every move that the Israeli government makes, but it is by far the healthiest group of political leaders in the region. Start with the fact that the Israeli Parliament is made of many political parties that have to always form a coalition to legally govern. Sure, this can get complicated as we have seen in the last series of elections that ended in an odd partnership between Gantz and Netanyahu. Add to that the fact that the Knesset includes Arab members. Yes, Arab members in the Israeli government…Now you have the Israeli government!

Where else in the Middle East can you find Jews in any of the other governments? Nowhere! Let’s be real, Arabs who live and work in Israel are often better treated than in their own countries, included the “Palestinian Territories.” Women have rights in Israel. Arab women have rights in Israel. Gays have the right to live in Israel without risking their lives (Tel Aviv is home to one of the largest Pride Parade in the world.) A wonderful example of that true “coexisting” is the story of the Israeli drink company SodaStream. Until they were forced by BDS people to move their factory to the south where the “Palestinians” couldn’t go work anymore, they employed Arabs, Jews and Bedouins in the same facility. Every single day, they all came to work in perfect harmony. Even some Arabs where the very supervisors of Jewish workers. SodaStream is the perfect example of how things can work in Israel for all parties.

No matter which direction the annexation of the West Bank goes and how long it takes to accomplish it, the only viable and legitimate solution for Jews and Arabs is an Israel where Jews can live in peace. If Jews can live in peace, they are the kind of accepting people that will allow anyone to live in harmony with them. Land for peace has never worked and the Oslo Accords are dead. The corrupt “Palestinian” leadership worships death in the midst of a vibrant culture that values life. There is a serious dichotomy here that doesn’t appear solvable. But, with God everything is possible. He also promised through the prophet Jeremiah to never forsake Israel or allow for its destruction in Jeremiah 31:35-37, “Thus says the Lord, Who gives the sun for light by day And the fixed order of the moon and the stars for light by night, Who stirs up the sea so that its waves roar; The Lord of hosts is His name: “If this fixed order departs From before Me,” declares the Lord, “Then the offspring of Israel also will cease From being a nation before Me forever. Thus says the Lord, “If the heavens above can be measured And the foundations of the earth searched out below, Then I will also cast off all the offspring of Israel For all that they have done,” declares the Lord.

So, what is so compelling about Israel ‘s right to the land? Any way you look at it, Israel owns the land, needs the land and manages the land better for all people in the region. That is of course if you are interested in the truth. If you believe otherwise, I have a very large and tall steel tower in Paris to sell you!