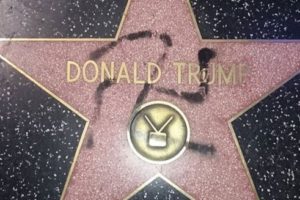 Donald Trump’s landslide victory turned out to be more of an earthquake victory. Few expected him to win and even fewer expected him to flip so many states. The morning after, the world was in shock and anti-Trump protests started to get organized all over the United States and across the globe. Then came his inauguration with “pomp and circumstance,” protest and violence. The 45th US President is without a doubt the most criticized, denigrated and even hated in US history, and he hasn’t even been in office for a full month.

Over the last decade, America has become an extremely polarized country racially and politically. But after the shock of Mr. Trump’s victory, what upset his opponents even more, was the fact that he started to implement policies and sign executive orders to fulfill many of his campaign promises. What a novel idea! A politician who makes campaign promises to gain votes, gets elected, and then keeps his promises, how dare you Mr. Trump? But then again, he is NOT a politician, he is a business man, and maybe, just maybe, this is what America needs right now!

Along with Donald Trump’s victory came support from a variety of groups that carry a very negative reputation such as Neo-Nazi and Alt-Right groups. Mr. Trump never endorsed any of these fringe elements but his opponents made the connection for him, and before you knew it…Trump was the new Hitler. If I have to explain to anyone why Trump IS NOT even close to be like Hitler, they probably don’t deserve to be told. Trump isn’t a violent dictator, he isn’t a sociopath, he has no intention of disarming America and he isn’t obsessed with destroying all those who do not fit his ideal racial profile like homosexuals, handicapped people, Jehovah’s Witnesses and of course 6,000,000 Jews. Hitler was all that. Hitler was pure evil. Comparing Trump to Hitler isn’t demonizing Trump as much as it is exonerating Hitler for his actions.

In the meantime, many Jewish people in America are starting to feel uneasy. 57 Jewish Community Centers in more than twenty states have received bomb threats in the last month. Then there was the man who plastered a Chicago synagogue with swastikas and broke its window, and those who wrote antisemitic remarks such as “Jews belong in the oven” on NY subway windows.  Is Trump encouraging Jew haters to come out of their caves and spew their venom across America? Some really believe that, but I don’t believe that antisemites need to be prompted by a new president to come out and harass the Jewish community. They have done it long before him and will do it long after him.

As much as some would like to paint Trump as a Neo-Nazi, Fascist or Hitler like ruler, he will turn out to be the exact opposite of that. The fact that some people attracted to those extreme views are aligning themselves with Donald Trump doesn’t put him in that camp. Trump is the friend of Israel that America hasn’t seen in many presidents.

But American Jews might be finding themselves at a crossroads. Their own support of Israel has been dwindling down in favor of an “anti-racist” agenda of social justice dangerously leaning to the left. That very agenda is what promotes the Palestinian narrative through pseudo “pro-Jewish”  organizations like J-Street. It is also what sustains movements like BDS (Boycott, Divestment, Sanctions) and Campus Intifadas. That political and racial polarization of America is what makes our country unsafe for Jews and for other minorities as well. American Jews are blinded by their attraction to liberalism, to the point of endangering their own communities. So when they see Donald Trump praising Netanyahu and vowing strong support for Israel, instead of appreciating the camaraderie and alliance between the two countries, they complain about hurtful Right-Wing policies.

Trump is changing America faster than anybody expected he would. In some cases, probably too fast. Recently, some Democrats focused on the fact that the White House made a faux-pas by not mentioning the Jewish people in their official statement recognizing International Holocaust Remembrance Day Jan. 27. That was a faux-pas indeed! But where were they when Mr. Obama called ISIS a Junior Varsity team? Where were they when Mr. Obama commented on the Paris Kosher Market attack by saying “It is entirely legitimate for the American people to be deeply concerned when you’ve got a bunch of violent, vicious zealots who behead people or randomly shoot a bunch of folks in a deli in Paris?” These weren’t “random” attacks at a deli, they were planned to happen when Jewish shoppers are the busiest right before Shabbat. Where was the liberal outrage then? The hypocrisy is unbearable!

Trump is not making America unsafe for Jews. I believe that his desire is to restore America, so it is safe for all Americans AND legal immigrants alike, Jews and non-Jews. I am Jewish and a legal immigrant who came to America in 1985, and I feel safe here. When I arrived under Ronald Reagan, America was great. Trump might end-up being the best president this country has had since Reagan. God knows we need one!

I don’t care if you voted for him or not. He is in office and for the next four years he is our president. He is my president. Can we PLEASE give the man a chance?