Home » Blog » I am still looking for Palestinian relief workers!
Spread the love 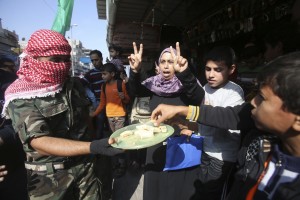 On Monday April 18, 2016, a bus exploded in south Jerusalem, making it the first major explosion of that type since the Second Intifada. The exact details of the explosion and its connection to a terrorist act were unclear at first but all seems to indicate that there was a terrorist involved in the explosion. Twenty-one people were injured in the process. This comes at a time when the street stabbings that have plagued Israel for a few months had started to die down. This newest act of terrorism was welcomed with cheers from many Palestinians on the streets. The first official cheering came from Hamas, encouraging their people to keep fighting in their struggle to liberate “Palestine.” Of course, you would be hard pressed to find any denouncing of the Palestinian jubilation from the United Nations. Imagine for a moment that Israel would be the one celebrating the death of Palestinians. The Palestinian authority would cry to the world and the media would feed on that opportunity for days if not weeks, finding enough evidence to validate their hatred of the Jewish state. As a matter of fact, if and when (and those are very isolated cases), an Israeli unjustly kills a Palestinian, they get prosecuted by Israel’s justice system as in the “Ben David” case of 2014 (or here.)

How can Palestinian leaders look at the west with a straight face and claim that they seek peace with Israel? They put absolutely no value on human life, and that goes for Jewish lives as well as Palestinian lives who have been repeatedly used as human shields and homicide bombers.

Around the same time, the world was shaken by a serious earthquake claiming over 410 lives in Ecuador and injuring over 2,500 people. Ecuador is still scrambling to unearth and identify more bodies. Additionally, Japan was also hit by a 7.3 earthquake  just a few days prior to Ecuador. Forty-four people died and over a thousand were injured, not to mention the tremendous tolls on both economies and the tens of thousands of people left without homes and/or basic resources.

While earthquakes are acts of nature (or acts of God depending on your belief system), they leave much damage requiring weeks or months of search, rescue and reconstruction. This is where the rest of the civilized world usually pulls their resources and either send supplies or personnel to assist. Israel is often one of the early responders sending help wherever it is needed.

Once again, Israel has sent help to both Japan and Ecuador almost immediately. Let’s face it, due to its constant state of alert since 1948,  Israel has become one of the best equipped countries in the world when it comes to crisis management and emergency response. Apparently, Israel still has people in Japan from the time they send aid after the 2011 tsunami. In the meantime, much of the world including the United Nations join hands to accuse Israel of crimes against humanity and human rights violations. It is surprising that Israel would even want to extend a hand to anybody when in return, all they receive is much criticism for being an “apartheid state” or an “occupier.”

The difference lies in the fact that Israel values life. They value Israeli lives, lives from Ecuador, Japan and even Palestinian lives. Life in Israel isn’t easy. There is always a sense that something could happen at any moment, anywhere and against anyone. This is Israel’s reality, yet they would rather see how they can make the world a better place by providing a helping hand to those in need.

Where was the Palestinian team in Ecuador, Japan, Haiti or any other area of the world where humanitarian aid was needed? Nowhere! And by the way, if you cannot send supplies because you do not have the means to do so, you can always send doctors and nurses, construction workers, electricians, plumbers or even volunteers. This would go a long way towards showing the good will of the Palestinians and their desire to become key players on the world scene, as well as help them to militate for peace. Unfortunately, many of them were too busy celebrating the bus bombing and passing out candy on the streets to even consider helping in any other humanitarian crisis.

I am still waiting to see any Palestinian relief workers be sent anywhere in the world. I don’t expect Palestinians to go out of their way to help Israeli in a crisis situation (although it is always possible), but I expect Palestinians of good will to reach out to the world community and give a helping hand. Where are they?