Home » Blog » Hitler would be very proud of the Aalst Carnival in Belgium!
Spread the love 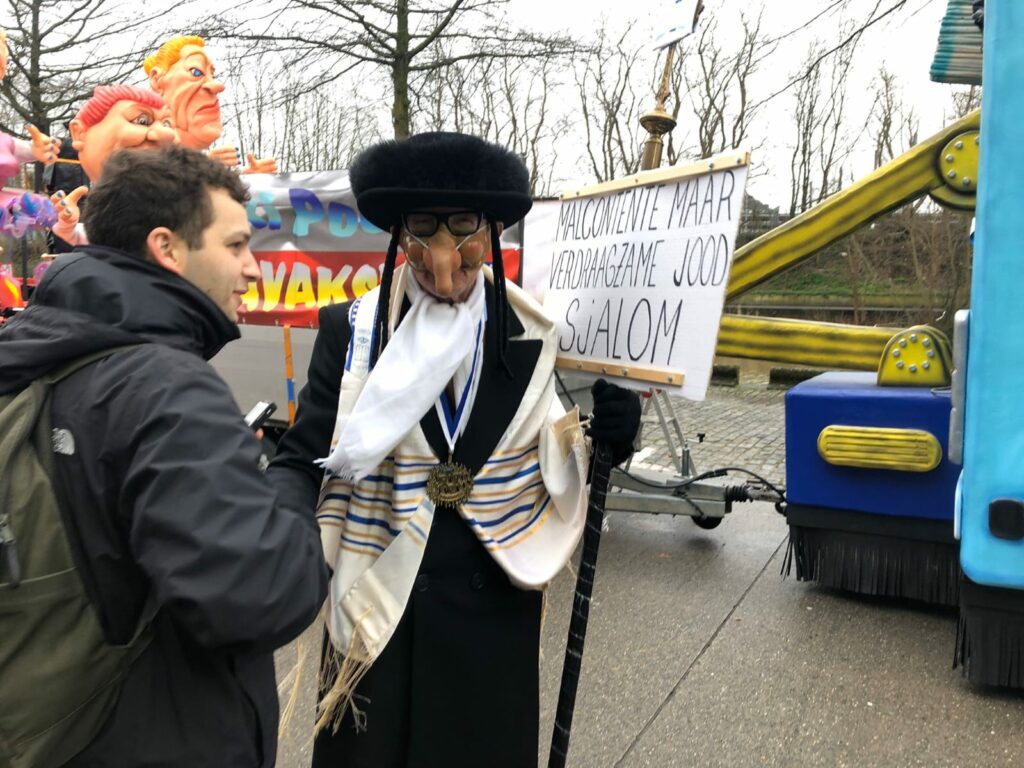 The city of Aalst, Belgium has officially held its carnival since 1923. Parades of that sort actually go back to the Middle Ages. Aalst almost always makes the news for its 3-Day carnival taking place yearly at the end of February. The organizers repeatedly claim that the satirical tone of the carnival is to be remembered when one considers any of its floats. They claim to poke fun at people indiscriminately. Freedom of press and freedom of expression are at the core of the Aalst Carnival, and within reason, in a world where these two are quickly being squeezed out, if not disappearing altogether, this is a breath of fresh air that we must respect. Unless it is taken too far!

Going back to the French Revolution of 1789, the Declaration of the Rights of Man and of the Citizen said in its article 11, “The free communication of ideas and opinions is one of the most precious of the rights of man. Every citizen may, accordingly, speak, write, and print with freedom, but shall be responsible for such abuses of this freedom as shall be defined by law. Furthermore, the Universal Declaration of Human Rights added in its article 19, “Everyone has the right to freedom of opinion and expression; this right includes freedom to hold opinions without interference and to seek, receive and impart information and ideas through any media and regardless of frontiers.” Important boundaries for all of mankind were put in place to protect our freedoms on just about every level. The laws are in place to protect us, but keep in mind, that even if something is not illegal, it does not mean it is appropriate. We should never allow ourselves to abuse the power of free speech, even in a satire!

Belgium also has some very specific boundaries regarding freedom of speech, like most countries in the West. Through an organization known as UNIA, Belgium monitors and defends people who have been victims of discrimination. They are very helpful in determining when freedom of speech crosses the line and becomes racism and/or incitement.

The 2019 Aalst Carnival featured some giant orthodox Jews with grotesque facial features, wearing pink outfits with oversized shtreimels (Jewish fur hats) with rats on their shoulders and money bursting out of their pockets. The depiction was so despicably antisemitic that even UNESCO–not Israel’s strongest supporter over the years–decided to remove the Aalst Carnival from its list of “cultural heritage of Humanity.”

The embarrassment created by the UNESCO removal in 2019 should have taught the organizers a lesson and should have given them a serious incentive to put an end to the antisemitic elements of the carnival. Instead, it appears that it emboldened them to go further. This would be outrage at any time of history, but in 2020, it is oil thrown onto the fire of global antisemitism. This will inevitably provide justification to those who want to kill Jews, as we are starting to witness that again. 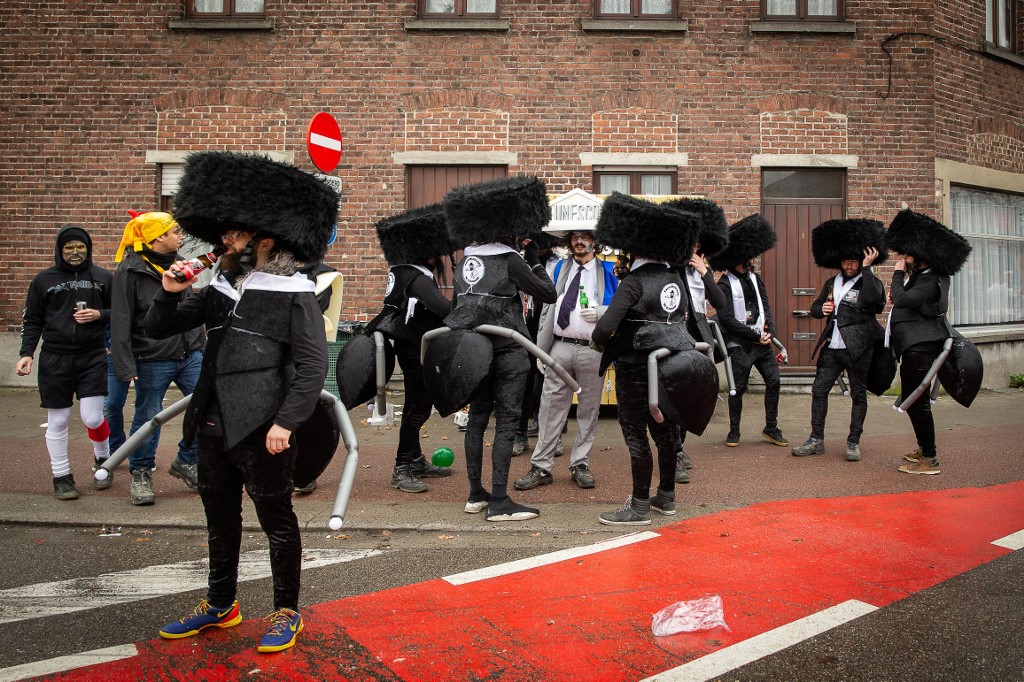 The “Aalst Jews of 2020” were again wearing oversized shtreimels, dressed in black this year, but the bottom half of their bodies were that of insects or vermin; ants to be exact.

A small replica of the Western Wall was also paraded with words “complain ant” (words that apparently look like the words Western Wall in dutch.) Joining the crowds were dozens of people wearing caricatural orthodox Jewish garb and large fake crooked noses, not to mention the many flyers with stereotypical renditions of Jews with side curls, crooked noses and curly hair.

The 1940 Nazi propaganda film “The Wandering Jew” depicted Jewish people as rats coming out of sewers to invade the world. Jews were compared to parasites and vermin. In other Nazi works, they were compared to insects like lice that must be exterminated. You know the rest of the story. Antisemites currently do not need any incentive to hate the Jews, so why go there?

Without the help of Aalst Carnival, global Jews are again at risk for their lives. Comparing them to insects or rats is giving antisemites justification for their actions, When the mayor of Aalst was asked, he responded that there was no antisemitism in his city. Seriously? Even Belgian Prime Minister Sophie Wilmes ONLY stated that the carnival “was causing damage to our values and the reputation of our country.” Unfortunately, words never condemn actions unless they are followed by consequences for those actions.

The Aalst Carnival MUST stop its antisemitism and all other kinds of xenophobic displays or it should not be allowed to continue. I don’t care how funny people think it was–as all watchers were smiling or laughing as the floats passed by them–it continues to fuel the unnecessary and irrational global tsunami of antisemitism that is now claiming Jewish lives again! 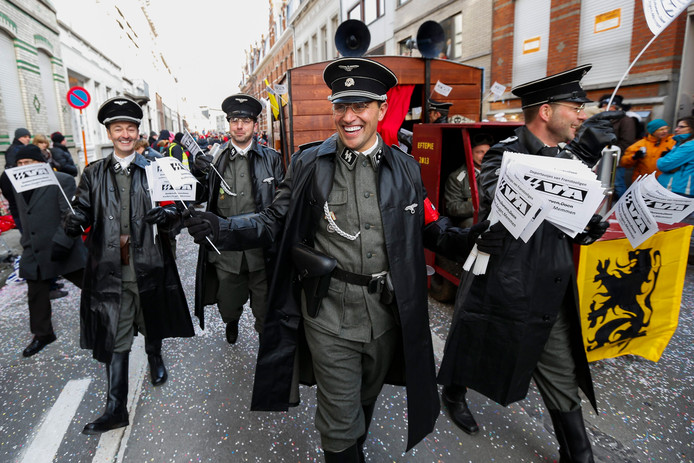 In 2013, they chose to wear Gestapo uniforms, walked around wearing cans labeled “Zyklon B” — the poison that the Nazis used to kill Jews in gas chambers, and paraded a cattle car similar to those used to transport Jews during the Holocaust. At this rate, it won’t be long before the floats look like crematoria or gas chambers!

Well, actually, it was only a day later that the city of Campo de Criptana, Spain featured such a float in their parade. Nazi uniforms, train car and crematoria along with prisoners in striped outfits. Some say that the village is a great friend of Israel. Even if they are, what a poor way to commemorate the Holocaust!

Is it time for all the Jews of Belgium to make aliyah to Israel?