You are here: Home / Antisemitism / Have We Learned Anything From Kristallnacht?
Spread the love 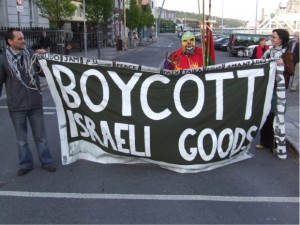 77 years ago during the night of November 9-10, 1938, Jewish people, businesses and synagogues suffered greatly throughout Nazi Germany and parts of Austria and Czechoslovakia. This ominous night continues to be remembered as Kristallnacht or “the Night of Broken Glass”. It consisted of a series of pogroms (organized riots) against Jewish communities during which 267 synagogues and 7,000 Jewish businesses were destroyed. It also resulted in 91 Jewish people being killed. Additionally, 30,000 Jews were arrested and sent to concentration camps.  Joseph Goebbels orchestrated the whole thing. Reputable historians see Kristallnacht as the inception of the “Final Solution to the Jewish Problem” that is the Holocaust.

The reason given for Kristallnacht was the assassination of German diplomat Ernst vom Rath by a young Polish Jew living in Paris at the time. The life of one German man precipitated the destruction of thousands of Jewish properties and the deportation and death of millions of Jews. In reality the death of Ernst Vom Rath was simply a pretext for pogroms and mass boycotts against the Jewish community.Remembering Kristallnacht is crucial for our global village. We live in a postmodern and post Christian world under the constant threat of historical revisionism. Holocaust deniers are indeed gaining ground as most of the few remaining Camp survivors are now dying off. So we must not only remember Kristallnacht, but we must also learn from this tragic night. Looking at how the world is handling this important memorial of Nazi boycott and the official launch of the Holocaust, I wonder if we have actually learned anything from Kristallnacht?

Germany should of course tread very, very lightly when it comes to Kristallnacht, but instead we see some odd behaviors like the march of the Pegida Far Right party on the day of the anniversary of Kristallnach. In Dresden, one of the many German cities where the Pegida marches regularly take place, a local cultural organization was very troubled: “it was ‘incomprehensible’ that Pegida was allowed to hold the march on Monday night. ‘Kristallnacht is one of the darkest nights in the German history, the association was quoted by the regional Dresden newspaper ‘Sächsische Zeitung’ as saying. ‘We cannot understand this decision and are sad and deeply ashamed. It shows that we are giving space to hatred.'”

I join the concerned Germans who voiced their outrage at the fact that a “neo-Nazi” party would be allowed to march on the anniversary of Kristallnacht. This is just another reason why I have identified and named this new wave Jew hatred, End-Times anti-Semitism, because of its irrational mix of all previous brands of anti-Semitism.

Additionally, Munich allowed for a BDS event (Boycott, Divestment and Sanctions) to take place on the same November 9 night. As most of the BDS events and propaganda, this event hid behind the the facade of boycott against the “Jewish State” when in reality it prescribes not buying from Jews. Germany is currently dealing with a tremendous wave of refugees that will possibly reach 1,500,000 but year’s end. While I believe that Germany is going overboard with their refugees intake, I commend Mrs. Merkel for her desire to reach out and help needy immigrants. But I can’t help but wonder if Chancellor Merkel’s approach to immigration isn’t a knee-jerk reaction still connected to the post-war German collective guilt? And if indeed that is the case, why are the Jewish people brushed aside by minimizing the anniversary of Kristallnacht?

Sweden is also contributing to this Kristallnacht “Twilight Zone.” The city of Umea organized a Kristallnacht memorial but for some odd reason, the Jewish community wasn’t invited. One of the reasons given by the organizers was that Jewish people wouldn’t be appropriately protected in case of anti-Jewish activity.  Some officials worried about how the whole event would unravel: “In previous years, we have had a lot of Palestinian flags at these rallies, and even one banner where the Israeli flag was equated with a swastika,” organizer and local Workers’ Party member Jan Hägglund told locals. “The Jewish community wasn’t invited because we assumed they might be uncomfortable around that sort of thing.”

Seriously,  if Palestinians equating Israel to the new Nazis of the Middle East seems to be a concern, why don’t they ban Palestinians from a Kristallnacht commemoration? This backwards diplomacy is oxymoronic and so counter-productive, not to mention anti-Semitic.Another event took place in Amsterdam where Arab MK Hanin Zoabi denounced Israel as being a modern day Nazi state. She was participating in yet another Kristallnacht commemoration, but didn’t see the irony–not to call it anti-Semitism–of describing Israel in similar terms as Nazi Germany “The Israeli rules, said Zoabi, are similar to the conditions under which Jews lived at the time of the 1938 Kristallnacht pogrom in Germany.”

I fear that the world hasn’t learned much from the events of November 9-10, 1938. Kristallnacht is about Jews being ostracized, demonized and massacred, period. If some countries cannot recognize that simple historical fact, they should refrain from organizing memorials of this infamous night in Jewish history. Their hypocrisy could be replaced by indifference, but at least, we would all know where they stand on Israel and the Jewish people. That of course requires global chutzpah, which is in short supply these days!