You are here: Home / Antisemitism / Don’t ban the kippah, but let’s think twice before wearing it!
Spread the love 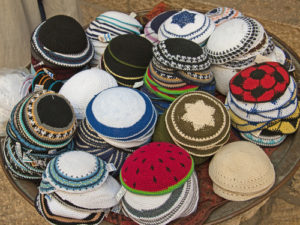