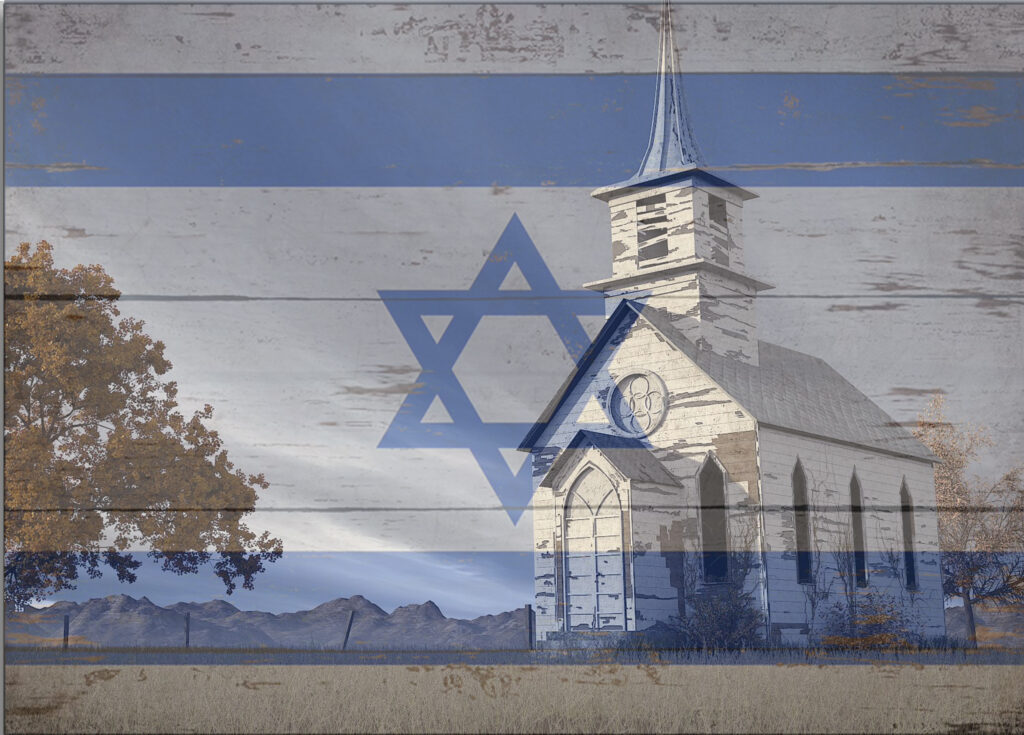 At a time when nearly two-thirds of all Christians believe that the Church has replaced Israel in God’s program, it is very important to define who is Israel and what makes the Church or Body of Messiah. Are they the same? Does one eventually replace or supersedes the other? Are they the same but during two different eras of humankind? Last time, we looked at the first five differences. Let’s look at five more:

6 The Church will be judged in Heaven (Bema Seat)
2 Corinthians 5:10 For we must all appear before the judgment seat of Messiah, so that each one may be recompensed for his deeds in the body, according to what he has done, whether good or bad.

7 Physical Birth is required to be part of Israel
Genesis 35:10-12 10 God said to him, “Your name is Jacob; You shall no longer be called Jacob, But Israel shall be your name.” Thus He called him Israel. 11 God also said to him, “I am God Almighty; Be fruitful and multiply; A nation and a company of nations shall come from you, And kings shall come forth from you. 12 “The land which I gave to Abraham and Isaac, I will give it to you, And I will give the land to your descendants after you.”

7 Spiritual Birth is required to be part of the Church
John 3:4-6 Nicodemus said to Him, “How can a man be born when he is old? He cannot enter a second time into his mother’s womb and be born, can he?” 5 Jesus answered, “Truly, truly, I say to you, unless one is born of water and the Spirit he cannot enter into the kingdom of God. 6 That which is born of the flesh is flesh, and that which is born of the Spirit is spirit.

8 The Holy Spirit indwelt OT Jews temporarily
Joel 2:28 It will come about after this That I will pour out My Spirit on all mankind; And your sons and daughters will prophesy, Your old men will dream dreams, Your young men will see visions (SELECTIVELY)

1 Samuel 16:14 Now the Spirit of the Lord departed from Saul, and an evil spirit from the Lord terrorized him (TEMPORARILY).

8 The Holy Spirit indwells believers permanently
1 Corinthians 12:13 For by one Spirit we were all baptized into one body, whether Jews or Greeks, whether slaves or free, and we were all made to drink of one Spirit. (CORPORATELY)

John 14:16 I will ask the Father, and He will give you another Helper, that He may be with you forever;(PERMANENTLY).

9 Israel’s priesthood is only from the tribe of Levi

9 The Church includes the priesthood of all believers

Revelation 1:6 and He has made us to be a kingdom, priests to His God and Father—to Him be the glory and the dominion forever and ever. Amen.

10 The Church partially benefits from the covenants

Romans 11:11,17 I say then, they did not stumble so as to fall, did they? May it never be! But by their transgression salvation has come to the Gentiles, to make them jealous… 17 But if some of the branches were broken off, and you, being a wild olive, were grafted in among them and became partaker with them of the rich root of the olive tree.

Additionally, there is a verse that I like to point people to that speaks of three distinct groups of people.
1 Corinthians 10:32 Give no offense either to Jews or to Greeks or to the Church of God;

There is another important distinction that must be made regarding the appearance of Yeshua both at the time of the Rapture and at the time of the Second Coming which two completely different events separated by at least seven years.

ISRAEL INITIATES THE SECOND COMING OF THE MESSIAH

Matthew 23:39 For I say to you, from now on you will not see Me until you say, “Blessed is He who comes in the name of the Lord!”

Zechariah 12:10 “I will pour out on the house of David and on the inhabitants of Jerusalem, the Spirit of grace and of supplication, so that they will look on Me whom they have pierced; and they will mourn for Him, as one mourns for an only son, and they will weep bitterly over Him like the bitter weeping over a firstborn.

THE CHURCH RETURNS AT THE SECOND COMING OF MESSIAH

Revelation 17:14 These will wage war against the Lamb, and the Lamb will overcome them, because He is Lord of lords and King of kings, and those who are with Him are the called and chosen and faithful.”

So, from these differences found in the Scriptures, we can deduce with certainty that:

KEEPING ISRAEL AND THE CHURCH SEPARATE IS CRITICAL BECAUSE IT IS BIBLICAL AND HAS MAJOR PROPHETIC IMPLICATIONS.