You are here: Home / Antisemitism / Defund the Police, Cancel the Culture and Eradicate Western Civilization!
Spread the love 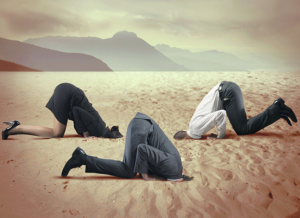 When I see the on-going erosion of America, I am saddened, grieved and fearful for us all. Recently, each new day has had the potential of bringing more drama than the previous one, and from that standpoint it has succeeded. At the forefront of the news is the Black Lives Matter Movement. If you don’t support it, you are a racist and if you support it too strongly you are guilty of cultural appropriation. In places like Seattle (where I live), white people are being asked to “renounce their whiteness”. What is that supposed to mean? The corrupting and politicizing of the BLM Movement has taken over our country and is running wild. The original protests had great value, but we are so far removed from that now!

As a Jew, allow me to reflect on what my people have gone through and continue to go through. This is in no way an attempt at “one-upping” the African American community, but I simply wish to bring a little perspective to the whole issue of racism and inequality.

Let’s be real, the Jewish people have never been a people to take the streets and protest in ways that have been done by other minority groups. Outside of a few occasions like the Maccabean Revolt of 167-160 BC or the Warsaw Ghetto Uprising of 1943, and maybe a few other isolated incidents, we don’t become belligerent, let alone violent, at the drop of a hat. In fact, the opposite might be true. During WW2, In an attempt at crippling their movements and communication, Jewish people were asked to bring their radio receivers to the police stations in Paris, they complied. When asked to bring their bicycles, they also complied. When confronted with the horrific news of the concentration camps at the beginning of the war, they refused to believe than human nature could be so evil…until it was way too late to reverse the Nazi death factories.

We have been persecuted, dehumanized, demonized, vilified and murdered for the last 2000 years and beyond. Over the years, we have been called many names, by many Church Fathers and blatant antisemites: MURDERERS (Origen),, CHRIST KILLERS (St Hyppolitus), POSSESSED BY THE DEVIL (Chrysostom), DEGENERATE (Chrysostom), CURSED BY GOD (Hilary of Poitiers), DEMONS (Gregory of Nyssa), REJECTED AND CONDEMNED (Martin Luther), VERMIN and SUB-HUMANS (Hitler). Then, the modern Jew-haters continued to paint a picture that goes along the same lines as they call us OCCUPIERS, COLONIZERS, APARTHEID PEOPLE, BLOOD SUCKERS, HUMAN RIGHTS VIOLATORS, MURDERERS OF PALESTINIANS and NEW NAZIS OF THE MIDDLE EAST.

It is worthy to bring up the fact that the Bible calls the Jewish people by a very different set of names. We are called “The apple of God’s eye” in Zechariah 2:8, “the Daughter of Zion” in Zephaniah 3:14, “God’s chosen people” in 1 Kings 3:8, “A treasured possession” in Deuteronomy 7:6, “A holy people” also in Deuteronomy 7:6, “God’s hidden ones” in Psalm 83:3,  “A great nation” in Genesis 12:2 and “Beloved” in Romans 11:28, to name just a few. This is not to imply that that because we are called “the Chosen People”, we are also chosen unto salvation and intern elite position. Tevye the dairyman from Fiddler on the Roof, said it well when he looked up in the sky and cried out to his maker, “God, I know that we are the Chosen People, but once in a while, could you chose somebody else?”

So, what if the Jewish people had started a Jewish Lives Matter movement? There is no doubt that we have a strong case for such a movement, because Jewish lives do matter, as do black lives and all lives for whatever it’s worth! But when I look at the way the BLM movement developed in the recent past and where it is going, I cannot help but think that it has increasingly less to do with the value of ALL black lives than the agenda of a few black lives and of those who exploit the whole “movement” for political gain.

America does have a history of racism, segregation and violence against the African American community. Nobody is denying that. Not only do we have a history, but in some places in the USA, racism against black still goes strong. I have personally experienced it when I heard some people I knew describe African Americans using the “n*****” word. I was livid! There is NO EXCUSE for that! Additionally, what has happened to African Americans recently because of some corrupt, vicious police officers is tragic, but it doesn’t warrant the defunding or cancelling of all police forces. By the same logic, if a few surgeons were guilty of lethal malpractice on people, we should defund all hospitals or at least prevent all surgeons from abusing people. The mistakes of the few should never force the resigning or bringing down of the many. There is always going to be a better way, through common sense, education, communication and true accountability, unless of course, the true agenda is hidden behind the veneer of social justice and reform. Frankly, I think that the BLM movement has ulterior motives.

Mind you, if the Jewish people decided to start a JLM movement and take it peacefully to the streets, they would be received with shouts of “Go back home”, “Jews to the ovens” or “Hitler didn’t do enough!” Why? Because these are exactly the words screamed at Jewish people when they are found peacefully marching on some streets of America, to show their support for Israel. It is actually a global phenomenon. Sadly, it appears that for a large segment of the American people–not to mention the rest of the world– Jewish lives do not matter that much. We are used to it, but that doesn’t make it right. You also will never see Jewish people on the streets of America defacing buildings, looting businesses or toppling down statues. Why? because these destructive acts do not solve anything. They might satisfy the animal instincts in some people, but they are simply destructive at best. Trying to erase history doesn’t solve the problem, teaching it properly might take us in the right direction. Again, the protests for justice and equality for the African American communities are justified and I would always support that, but the way they have been vastly infiltrated and politicized to destroy America from within is a disgrace. We are in grave danger of losing the “Land of Opportunity” that I moved to in 1985 as a legal immigrant from France. This breaks my heart!

If people were to seek what would constitute a worthy manifesto for the BLM or JLM movements, men of good will would inevitably converge onto the same body of work that has the strongest precedent for legal, spiritual and moral values; the Bible. Many people will actually quote principles and ideas taken straight from the Bible without even knowing that it is their source. When it comes to the value of human life, no literary work in the history of mankind, does even come close to the Bible. It is in this inspired book that we learn that:

To all those who are looking for change in America and are not necessarily handling the situation very well, I would like to remind them of a simple truth that comes from the Bible. Even to an agnostic or an atheist, that truth still stands. Matthew 7:12 tells us, “So whatever you wish that others would do to you, do also to them, for this is the Law and the Prophets.” Could people ponder on that statement? Then, could anybody honestly say that breaking, looting and assaulting is what they also wish on themselves and members of their families? Of course not!

“Defund the Police” led to “Cancel the Culture” and could lead to “Eradicate Western Civilization!” We are imploding and all of our global enemies are watching us destroy each other with a huge smile on their faces. We are doing their work. Is this what America wants? I think not!