You are here: Home / Antisemitism / Could The Psalm 83 War Against the Jews be Happening Now?
Spread the love 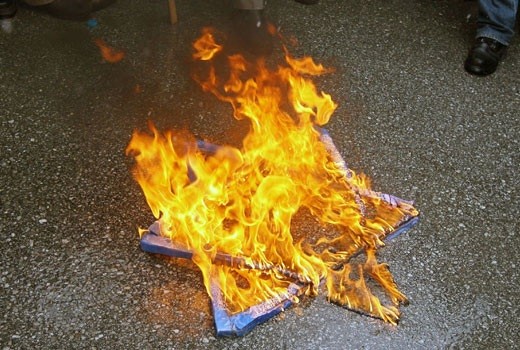 Few passages in the Bible are as controversial as Psalm 83. The Psalm speaks of a war against Israel led by a coalition of her worst enemies. People have interpreted this short Psalm as a prophetic plea by Asaph to God for protection in a time of conflict. The war of Psalm 83 has been placed before the Rapture or during the tribulation by various respected Bible teachers. Psalm 83 speaks of a conflict, and it is neither before the Rapture nor during the Tribulation, yet it is raging right now. The Psalm 83 war is here, and it is not what you think!

Psalm 83 was written by Asaph (Psalm 73-83), a contemporary of King David. It describes in just 18 verses, a desperate plea to the Lord by Asaph to destroy the enemies of Israel who wanted to wipe Israel off the map completely; they have said, “Come, and let us wipe them out as a nation, That the name of Israel is remembered no more.” (v. 4). The list of ten enemy nations is given later in the Psalm. Still, Asaph tells God that they conspire against Your treasured ones (v. 3). These nations correspond to ten modern nations that are peripheral neighbors surrounding the tiny sliver of land that Israel currently is. The modern nations are Jordan (Edom, Moab, and Ammon), Saudi Arabia (Ishmaelites), Egypt (Hagaraenes and Amalek), Lebanon (Gebal and Tyre), The Gaza Strip (Philistia), Iraq (Assyria) and Syria (Assyria).

When reviewing history, several of these countries or people groups have gone after Israel, some more than once and at different levels of intensity. However, as Asaph claims, the ten countries have never formed a confederation to go after Israel. So, this must be a future war as we get closer and closer to the final chapter of recorded biblical history and are inching our way into the Tribulation. I still firmly believe that the Rapture of the Saints–as a fulfillment of the Feast of Trumpets–will occur before the Tribulation, but when is the Psalm 83 War supposed to take place?

Let’s assume that these ten modern countries decided to team up against tiny Israel; this poses an immediate problem since Egypt has been officially at peace with Israel since 1979 when Anwar El Sadat and Menachem Begin signed the peace treaty at the White House under President Jimmy Carter. Additionally, Jordan has also been at peace with Israel since 1994, when King Hussein and Yitzhak Rabin met again at the White House under President Bill Clinton. While not every Egyptian and Jordanian might share the peaceful behavior of their leaders, the peace treaties still hold.

Some Bible teachers will look at Zechariah 12:3, describing an attack on Jerusalem when all the nations of the earth will be gathered against it. This indicates that, in the end times, the entire world will turn its back on Israel, and we are seeing an increase in international hatred as we speak. The problem here is that Zechariah tells us that the whole world will go against Israel, not just a ten-nation confederacy.

Sticking to the text and only looking at those ten nations, it would seem that the best interpretation of that list would be that Asaph is crying out to the Lord and the list of the ten enemies is a literary device to describe his despair. These people groups pretty much surrounded Israel geographically. It might have been the extent of Asaph’s knowledge of the world around him. It is akin to someone going through a very difficult time, being hit from several different angles simultaneously, and saying “the whole world is against me” as a euphemism to describe that everywhere they look, trouble is coming. Asaph possibly cried out to God about all the countries he knew that were conspiring to destroy Israel. This does not eliminate the real threats against Israel that are currently coming from some of those modern nations.

Yet, there is another aspect of the Psalm 83 war that many people overlook as they are trying to reconcile an attack from the various countries and place it properly on the timeline. I would suggest that the war of Psalm 83 is already happening from verses 3-5: They make shrewd plans against Your people, And conspire together against Your treasured ones. They have said, “Come, and let us wipe them out as a nation, That the name of Israel is remembered no more.” For they have conspired together with one mind; Against You they make a covenant.

The Psalm 83 war is simply a war against the Jews. It is a war fought by Satan and his posse. Each battle is an act of antisemitism coming from the enemy, subcontracting his age-old hatred of God’s chosen people. Asaph pleads with God to stop Israel’s enemies, and he also understands that hatred for Israel equates to contempt for the God of Israel. But Asaph trusts God, who defeated antisemitism in the past, to defeat it again and again (vv.9-12). The Psalm 83 war is going on right now, full speed ahead and on a global scale. Jewish people are increasingly feeling in danger for their lives.

The bottom line is that those who hate God want to hurt those He loves. It is often more successful to hurt someone’s loved ones than that very person. In the case of God, it is a bit different because He is God, but He clearly calls the Jewish people “the apple of my eye” (Zechariah 2:8). The war against the Jews has been going on for centuries, led by Satan who wants to prevent Israel from calling Yeshua back as the long-awaited Messiah (Zechariah 12:10). Satan has won many battles, but he will never win the war (Jeremiah 31:35-37).

The war against the Jews is a real war but it is also a spiritual battle, all Christians should be enlisted to fight that battle against the enemy of Israel. Pray, educate yourself and others about my people and speak up whenever you can to expose the enemy’s lies. We are on God’s side, and it is well overdue for all Christians to form a coalition of truth and conspire against Satan.