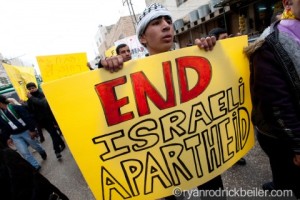 I recently reviewed the current Christ at the Checkpoint (CatC) Manifesto point by point from a biblical perspective. As a result, I found myself either agreeing, disagreeing or a bit of both. The whole breakdown was part of a pre-conference review I did. One apparent core value of the CatC Manifesto–rightfully so– is reconciliation:
1. The Kingdom of God has come. Evangelicals must reclaim the prophetic role in bringing peace, justice and reconciliation in Palestine and Israel.
2. Reconciliation recognizes God’s image in one another.

On one hand, I do not agree on the point that the Kingdom of God has come (Kingdom Now Theology claims among other things, that Yeshua’s Kingdom was inaugurated at His first coming while Scripture states that He will reign as Messianic King on the throne of David from Jerusalem in a yet to come Millennial Messianic Kingdom as validated by Psalm 72:8, 11, 17; Isaiah 9:7, 11:6-11; Jeremiah 23:6, and Zechariah 3:10 among other Scriptures). But on the other hand, as a believer in Yeshua, I see the great need for peace, justice and reconciliation between Israelis and Palestinians. Furthermore, as proposed in Article 2 of their Manifesto, I agree that we are created in God’s image and should look at each other from that perspective only (God created man and woman in His image, regardless of ethnicity as seen in Genesis 1:27; 5:1; 9:6; 1 Corinthians 11:7; and Ephesians 4:24.)

These five steps can be used in any context, but when it involves believers, it must be on the firm foundation of God’s word, based on a consistent and literal approach to the Bible. Anything less brings man’s opinion into the equation and reveals our inability to be unbiased and just. In the context of CatC 2016, it was hardly the case. the scale was tipped in favor of the Palestinian and Palestine from the word go!

It is obvious to Israelis and Arabs, as well as the rest of the world that there is a crisis/conflict in the Middle East. The issue has been identified as a disputed piece of land the size of the state of New Jersey. Some will claim that this sliver of real estate belongs to the Jewish people based on a covenant that God made with them through Abraham, going back to Genesis 12 and further ratified through Isaac and Jacob in Genesis 12:1-3, 7; 13:15;17:7-8, 19; 25:5-6; 26:3; 28:3-4 and 35:9-15. Others will argue that the land belonged to the Palestinians and was stolen, colonized and now suffers from an apartheid policy by Israel. Identifying the issue could be done by saying that opinions differ on whom the land belongs to.

The protagonists–for lack of a better word– are the Arabs and the Jews. The fact that Arabs in the region are now called Palestinians only exacerbates the issue. Before 1967, the word “Palestinian” simply described inhabitants of Eretz Yisrael also known back then as Palestine. It was then inhabited by Palestinian Arabs and Palestinian Jews. So technically, anytime Israelis and Palestinians are described as the two main protagonists, it is a misnomer and it results in setting-up a false premise. It would then be proper to describe the protagonists in the context of an “Arab/Israeli” conflict.

All sides speak of the obvious need to reconcile and bring peace to the region. CatC claims that the model for that reconciliation is Yeshua and His Gospels, yet the vast majority of the conference is spent describing Israel as the occupier and the enemy. There were so many instances where Israel was called the enemy during CatC, yet no mention was made of Palestinian terrorism, stabbings or any other feats of Islamic terror. They actually even invited a Muslim scholar who is linked to Hamas. CatC’s definition of reconciliation doesn’t seem to include the recognitions of both sides’ shortcomings and really seems to emphasize Israel need to apologize and stop the invasion of “Palestine.”

On a lighter note, I found it very telling that in the name of reconciliation, the only symbol hanging next to the speakers podium was a Palestinian Kaffiyeh (head covering made popular by Yassir Arafat). It would have gone a long way to hang it next to a tallit (Jewish prayer shawl) as a symbolic picture of reconciliation. Additionally, the worship sessions included songs in English and Arabic. It would have also shown good intentions if they had included some of the lyrics in Hebrew. Even the CatC website only exists in English and Arabic.

To an extent, I can understand that people living in the Middle East and having been brought up in a culture that is vastly antisemitic could have a hard time accepting Israel right to exist and right to the land. I don’t share their views but I understand that they can have them. What baffles me is the involvement of evangelical Christians–once supporters of Israel– such as Fuller Seminary Mark Labberton or “Bible Answer Man” Hank Haneggraff. Mr Haneggraff’s presentation was a disgrace. His unbiblical approach to the issue at hand and his vitriolic description of Zionism and Christian Zionism was borderline antisemitic and certainly in line with the conference’s philosophy. I have yet to find anything in Mr. Haneggraff’s message that would encourage anybody towards proper reconciliation. He was joined by a plethora of speakers from all theological perspectives with only one common goal: the demonization of Israel. It was Christian Palestinianism at its scariest best!

For the honest viewer who respects the Word of God, the veneer of reconciliation and fight against extremism wasn’t very hard to peel. Once that done, it was easy to see that Christ at the Checkpoint is indeed interested in reconciliation, as long as by it they mean Israel’s unilateral apology for its “crimes” against Palestinians, Israel relinquishing the “occupied” land of Palestine and further submitting to the regional demands by its Arabs neighbors. As a one way street, this has nothing of a true reconciliation. So at the end of the day, Christ at the Checkpoint was really more of a “Crisis at the Checkpoint.” Evangelicals should have nothing to do with such a farce!