Home » Blog » Christ at the Checkpoint: Is the Virus Spreading?
Spread the love 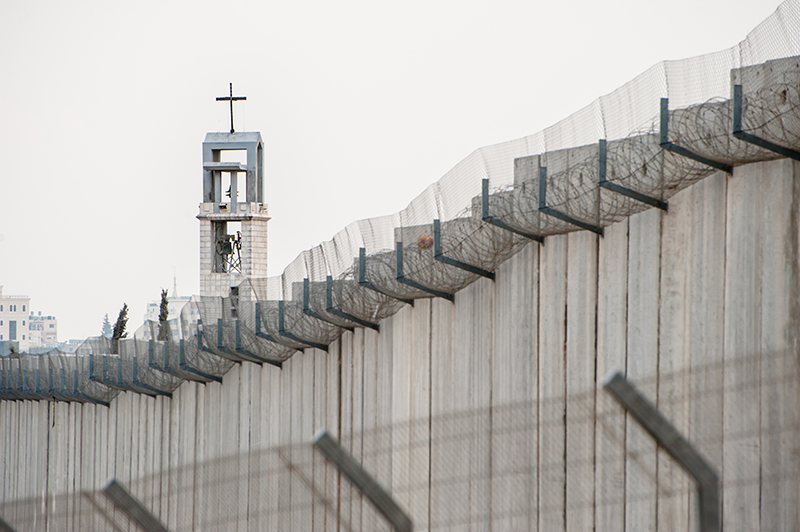 Every two years since 2010, a conference takes place at Bethlehem Bible College (BBC) in the Middle East. That conference is known as Christ at the Checkpoint (CaTC) and focuses on Middle East issues between Israelis and Palestinians, seen from a Christian perspective. It is a conference centered around biblical reconciliation and justice…or so it claims! The organizers of CaTC write that they are ” a community of evangelical Christians who believe that following Jesus with integrity means that our lives are formed by our love for God, the teaching of the Bible and a fearless life of discipleship in the complexities of the Israeli-Palestinian conflict. We believe that one of the first hallmarks of discipleship is love for both our own community and for our enemies. We wish to find Jesus at the center of everything we do and to make his life our life. Which means finding courageous love for Palestinian Arabs and Israeli Jews alike.” Even the CaTC Manifesto claims that the Conference and its speakers hold to biblical principles that are critical to the solving of the Arab/Israel conflict. This year, it will take place again in Bethlehem May 28- June 1.

The very first article of their manifesto says ” The Kingdom of God has come. Evangelicals must reclaim the prophetic role in bringing peace, justice and reconciliation in Palestine and Israel.” While I would agree on various aspects of the Manifesto, I also have some serious concerns about other parts. “The Kingdom of God has come” assumes that we all agree about a theology known as “Kingdom Now Theology.” Kingdom Now Theology claims, among other things, that Yeshua’s Kingdom was inaugurated at His First Coming, while Scripture states that He will reign as Messianic King on the throne of David from Jerusalem in the yet-to-come Millennial Messianic Kingdom (Psalm 72:8, 11, 17; Isaiah 9:7, 11:6-11; Jeremiah 23:6, Zechariah 3:10.)

Furthermore, in article 5, we read “Any exclusive claim to the land of the Bible in the name of God is not in line with the teaching of Scripture.” I would have to disagree with that statement as well,  since the Land of Israel belongs to God Himself (Leviticus 25:23), but He chose to make a covenant with Abraham (Genesis 12:1-3, 15:12-18, 17:7-8, 24:7), reconfirmed through Isaac (Genesis 26:1-3) and then Jacob (Genesis 35:9-12), that would include that piece of land as an eternal AND unconditional part of that covenant. Additionally, God’s gifts are irrevocable (Romans 11:29) AND while many other promises were made by God to Ishmael, the land promise was never one of them (Genesis 17:18-21).

For the honest person who respects the Word of God, the veneer of reconciliation and fight against injustice isn’t very hard to peel. Once that is done, it is easy to see that Christ at the Checkpoint is indeed interested in reconciliation, as long as by it they mean Israel’s unilateral apology for its “crimes” against Palestinians along with Israel relinquishing the “occupied” land of Palestine and further submitting to the regional demands by its Arab neighbors. As a one-way street, this has nothing to do with true reconciliation. A definition for reconciliation goes as follows:” The act of causing two people or groups to become friendly again after an argument or disagreement.” or “The process of finding a way to make two different ideas, facts, etc., exist or be true at the same time.” Reconciliation should be the act of getting two people or people groups–the Jewish people and the Palestinians–to agree through dialogue and compromise, as they find spiritual common ground in Yeshua and His salvific message. It must include mutual forgiveness, a mutual acceptance, and a shared desire to press on towards a common goal.

When one reviews the list of speakers for CaTC 2018 in Bethlehem, it doesn’t take long to find people who have for a while now, promoted a one-sided solution to the Arab/Israeli conflict. I am never interested in character assassination, so I would instead encourage my readers to visit the speaker’s page for CaTC 2018 and check out what these people have to say by cross-referencing previous messages that can be found on the Internet.

In the name of dialogue, CaTC had occasionally invited speakers that are from the Messianic Jewish perspective. This year, Dr. Michael Brown is such a guest. Dr. Brown is a biblical scholar with much integrity. There is no doubt that he can speak up and defend a biblical view of Israel and the Middle East. My doubts lie elsewhere though. I fear that Dr. Brown might have been invited to falsely validate a sense of fairness and authentic dialogue at CaTC. By his very participation, as needed and fruitful as it might be, he brings instant cred. Is it possible that the main reason why he was allowed as a speaker was to give the false impression of true dialogue towards reconciliation? When I see the rest of the speakers, I wonder! Dr. Brown needs our prayers as he will be like a gladiator singlehandedly fighting in a very antagonistic arena.

There should be another concern for genuine Evangelicals in search of real reconciliation in the Middle East. CaTC has expanded their tentacles outside of Bethlehem to have their first International Conference in Oklahoma City. Christ at the Checkpoint USA will be on October 15-18, 2018. Several of the Bethlehem speakers will attend, as well as many others. They claim that “The theme of CATCUSA is “Holy Land Realities and Our Response,” and it is the hope of the organizers to hear from our Palestinian and Messianic brothers and sisters about their daily experiences, and how the church worldwide can engage with them in a way that is helpful and productive.”

It has been very difficult to change the minds of CaTC speakers and organizers over the years. Is it worth attending such a conference and try to dissuade people from being so one-sided? I suppose there could be value in that, but I think that sticking to God’s view of Israel, Jewish people, the Nations, sin and atonement is more valuable. We are better off equipping those who are on the fence with a properly balanced biblical truth. Christ at the Checkpoint might possibly hope to find a solution to the crisis, but they keep inviting speakers, several of which I would consider being antisemitic. The CaTC virus seems to be spreading. Are American Evangelicals properly inoculated to resist it? I am not convinced!