Home » Blog » Can the Jews be Replaced Theologically or Ethnically?
Spread the love 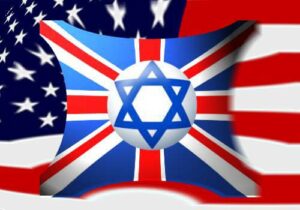 The Jewish people have long been the thorn in the flesh of mankind. From century to century and from continent to continent, we have been unwanted, abused, harassed and exterminated, and yet, by the grace of the Almighty, we still exist (Jeremiah 31:35-37). Our very existence is irritating to many, and instead of taking it up with the God of Abraham, Isaac and Jacob, they take matters in their own hand and go after the Jewish people, wherever we might be. The results have been increasingly lethal all over the globe.

Somehow, when it comes to the Jews, people passionately try to replace us. In all cases, the real Jews being replaced are becoming irrelevant or are being painted as impostors, easily turning them into a target for elimination. There are two main venues to replace the Jews: Theologically or ethnically. They both rely on faulty biblical views that need to be looked at, so that we can help people understand who really is a Jew, who are the ten lost tribes and what promises from God are still in effect for the real Jews.

Theologically, Israel has a place in the Bible in just about every single book. While not by name, it can easily be argued that God’s starting point to deal with the Jewish people and their descendants goes back to Genesis 12, where He makes an unconditional, eternal promise to Abraham and his descendants, reiterated in Genesis 15 as the Abrahamic Covenant, that is still very much in effect today, and absolutely unchanged as to its recipients. That is if you take a literal, grammatical/historical view of the Bible–an approach that isn’t necessarily favored by all. Theologically, many of the Church Fathers contributed to what would morph into the racial antisemitism of the Holocaust era and even the new antisemitism of today. Justin Martyr and Tertullian are two of them.

Justin Martyr (AD 120-185) was an early Christian apologist who is still revered in Church circles today. He is the author of the most important and most complete Christian tract against Jewish people in the second century, if not in all of the early Church Fathers’ writings, entitled Dialogue with Trypho in which he attempts to prove that Christianity has supplanted Judaism. Justin Martyr might also have been the first to erroneously claim that the Church was the true “Israel of God”, making him possibly the father of Replacement Theology. In the following example, he quotes Isaiah 42:1-4 and then introduces his reasoning for how he believes that the Church replaces Abraham’s descendants in God’s covenants (bold italic is Justin Martyr and italic is Scripture): “Again, in Isaiah, if you have ears to hear it, God, speaking of Christ in parable, calls Him Jacob and Israel: “Jacob is my servant, I will uphold Him; Israel is my elect, I will put my Spirit upon Him, and He shall bring forth judgment to the Gentiles. He shall not strive, nor cry, neither shall any one hear His voice in the street: a bruised reed He shall not break, and smoking flax He shall not quench; but He shall bring forth judgment to truth: He shall shine, and shall not be broken till He have set judgment on the earth. And in His name shall the Gentiles trust. (Isaiah 42:1-4)”
As, therefore, from the one man Jacob, who was surnamed Israel, all your nation has been called Jacob and Israel; so we from Christ, who begot us unto God, like Jacob, and Israel, and Judah, and Joseph, and David, are called and are the true sons of God, and keep the commandments of Christ.

In this instance, Justin Martyr used the allegorical approach to change a literal teaching into a subjective one, yielding a conclusion not supported by the Word of God. We can always prove our own points using an allegorical approach, but is God convinced?

What about Tertullian (AD 160-220), the Christian author who produced a large body of literature in Latin? He was also an apologist who taught against heresy. Tertullian has been called “the father of Latin Christianity” and “the founder of Western theology.” He was one of the first Church Fathers to formulate Trinitarian terminology. That contribution, along with other writings helping the early development of Christianity, then in its infancy, cannot be ignored.

In his work De Adversus Judaeos, “Against the Jews,” Tertullian goes after the Jewish people. Back then, his theological anti-Judaism was purely ideological. He used the Hebrew Scriptures to methodically disprove the relevancy of the Mosaic Law. He claimed that the Mosaic Law was given by God to the Jews because they were an inferior race of criminals whose crimes culminated in the killing of Christ. He then went on to prove that all blessings to ethnic Israel were then passed on to the “other nation” of God; The Christians. By the second century, the inferiority of Judaism had already taken root in Christian theology and was not questioned. The question is no longer “Is Judaism valid?” but “What are we to do with Judaism as a whole?” His contributions further paved the way for Replacement Theology, “There is proof that they [the Jews] were marked out indelibly as answerable for the crime of idolatry. In fact, our people — that is, the later — having forsaken the idols to which previously we used to be devoted, were converted to the same God from whom Israel departed, as we mentioned above. For thus the younger people — that is, the later — rose above the older people, while it was obtaining the grace of divine honor from which Israel has been divorced.”….”Originally, God gave the Law to Adam and Eve. It contains all the “hidden commands” of the Mosaic Law. In fact, it is the source of all Law from God. He who writes the Law has the right to modify it, so it should not be surprising that God would reform or “finish” the Law over time. How could Noah or Abraham have been considered righteous if God’s Law had not been given before Moses? How could Melchizedek have been “called a priest of the most high God” without the equivalent of Levitical law in place? In fact, God’s unwritten Law was kept “by the ancestors” for centuries before Moses. ….From this we understand that the law of God was already in existence before Moses, as [it has been given] first neither at Horeb, nor at Sinai, nor in the desert, but [it has been given] first at a more ancient time — in paradise — then afterwards to the patriarchs. And thus also, it has been given to the Jews at certain times when [God] wanted and has been reformed at certain times. The result is that now we do not pay attention to the law of Moses in such a way as though it were the first law, but as a subsequent one.”

Writer David Efroymson in his work on Tertullian, his influence and legacy, stated that many followed after Tertullian with their anti-Jewish diatribes and added this profound statement, alluding to the distant, but destructive, impact that Tertullian’s teachings had: “The road from here to Auschwitz is long and may not be direct, but one can get there from here.” And indeed, the road to Auschwitz was slowly but steadily being built by this and other early Christian pioneers of anti-Semitism. It can also be argued that that road did not dead end at the Holocaust but has continued to this day in a variety of ways.

So, the vast majority of the Church Fathers who took the Bible allegorically, claimed that God was done with Israel and the Jewish people. As a result, the Jews were theologically replaced by the “new Israel”, i.e.: the Christian Church. This is very difficult to validate biblically, unless some verses are interpreted allegorically. But, when we start looking at God’s word non-literally, where do we stop?

There is another way to look at Israel and replace the Jews. That one is from an ethnic perspective. We have heard that “modern Jews are not the real Jews!” or that “the ten lost tribes have been found!” Replacing the Jews with Christians in God’s plan for the ages is Replacement Theology, but replacing the Jews with another ethnic group is different. For a long time now, some people have claimed Jewish identity as belonging to one of the ten lost tribes. Various people groups have claimed to be from the ten tribes. The most famous and enduring one is known as the “British Israelites” which has a lot of similarities with “Black Israelites” as to how they perceive their Jewish identity. While both groups have common beliefs, they also have a lot of differences.

Author David Baron debunked British Israelism in a book he wrote in 1915. As he documents, much of the biblical arguments used in the British Israelite ideology are not biblical at all. A lot of important details have to be ignored or seriously altered to enable the square pegs of British Israelism or Black Israelism to fit in the round hole of the biblical Israel narrative. To name just two, the eternal throne of David belonging to Yeshua the Messiah (2 Samuel 7:12-26) has not been passed onto the British Empire, and there is no biblical, historical, geographical or archeological evidence that any or all of the 10 lost southern tribes ended up in the British Isles (or anywhere else) after the Jewish dispersion.

Similarly, Black Israelism, in some sort of a mirror image of British Israelism, is claiming–mostly in the USA, although also in Jerusalem– that Black Hebrews are the real Jews today. The Black Israelism ideology is not monolithic at all, as many groups fall under it. The founder of the Black Israelites movement, Ben Ammi, claimed to have been visited by the angel Gabriel who told him to lead the “Children of Israel” to the Promise Land. The more extreme sub-sects of the movement promote Black superiority, racism and antisemitism. These groups have been rejected by both Judaism and Christianity. The danger with this sort of elitism, is the relegating of the group it believes it replaces, to  a place of inferiority, leading to denigration, loathing and, in our day and age, violence like we recently saw in Philadelphia.

Why do people insist on replacing the Jews either theologically or ethnically? I believe that both attempts are coming from God’s enemy Ha Satan, who desires to position himself as god and who hates those whom God loves. When any people group is replaced, it becomes irrelevant and possibly obsolete. Once a people group is deemed obsolete, it is in way of “progress” or “expansion” and becomes at risk. Our people were in Hitler’s way when he tried to establish the Aryan supremacy 80 years ago. We know what happened next! Nobody has the right to replace the Jews in God’s plan or for anything else. God created the Jewish people (Genesis 12) and Israel (Genesis 15) and anybody trying to flex His master program will have to contend with Him. The Jews of today are the physical descendants of the Jews of the twelve tribes of yesteryear, period! Nobody can change that, as hard as they try.