Home » Blog » Be Careful when you use the words Holocaust, Nazi or Migrant!
Spread the love 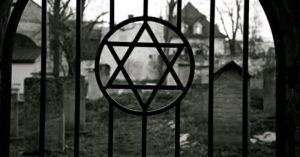 There are historically charged words that are better left alone lest we use them in a contemporary way that will either misrepresent or diminish their true meaning. Such words are “Holocaust”, “Nazi” and “migrant”. Recently, we have seen a resurgence in the use of these words to describe current events in a most dramatic way sure to get people’s attention. If people would spend a few moments looking up the real meaning of these words, they would be more inclined to choose other words to describe some of the recent current events. Some clarification is necessary to understand what these words really mean and what they don’t.

The word “holocaust” actually comes from the biblical record. It originates from the Hebrew word ´olah, meaning “burnt offering” or “burnt sacrifice” and is found over 280 times in the Tenach (Old Testament). The context usually refers to a burnt offering to G-d like in the case of Noah in Genesis 8:20. The word “holocaust” in Greek is holokauston and it is also a translation from the Hebrew word ´olah.

The connotation of a “sacrificial” offering to G-d has led Jewish scholars over the years to prefer a different term to describe the Nazi genocide since they believe that describing it as anything remotely resembling a sacrifice is a misnomer. The Hebrew term shoah meaning “catastrophe” or “calamity” has been preferred. It is mostly in the English language that the word Holocaust is being used.

Additionally, in recent years, the word has been used to describe other tragic events that even though they deserve our attention, shouldn’t be described as another holocaust. The reason is actually quite simple, and it has to do with Nazi methodology.

There have been many ethnic cleansings and genocides in the history of mankind. Each and every one of them is a tragic example of the depravity of men. Greed, political control, the quest for power and even religious jealousy have led to unnecessary massacres in the millions. Eastern Europe, Africa, the Middle East, South America…It seems that no continent is exempt from man’s desire to destroy and control. Yet, in the tragic cases of all genocides and ethnic cleansings, the unwanted people groups of religious communities always had the opportunity to flee the conflict and become political refugees. It wasn’t always simple, and many lost their lives in the process, but those who managed to get out were free to move on to a different life in a different country.

What makes the Holocaust so unique, is the fact that when many of the 6,000.000 innocent Jewish victims tried to flee, the Nazi death machine went out of its way to go after Jews in many Europeans countries, as far as the railroads would allow them to go. This systematic attempt at annihilating all of European Jewry almost succeeded because whenever Jews would try to flee, they would often be caught, gathered, packed on trains and deported to an almost certain death in one of the numerous Eastern European death camps.

No matter what people group is persecuted today, none of them are running the risk of having their enemies go out of their own countries to round them up, bring them back and murder them, NONE! This is not intended to minimize the horrors of the many genocides that we have been witnessing, and this isn’t an attempt at placing the Holocaust on a pedestal, as some have suggested. This is simply to state that the Holocaust was a unique event in history, unlike any other genocide. So today, when people use the word Holocaust to describe genocide, they should tread lightly.

Similarly, the use of the words “Nazi’ and “Migrants” is also creating a bit of controversy. Nazis were the willing executioners of Hitler’s regime and as such, they became the bloodthirsty hunters seeking their Jewish victims at every corner of the European continent. Today’s “Neo-Nazis”–a fringe group to start with–are not going around rounding-up people. They are simply trying to dispense their ideological spin in their respective communities, with little or no success. When Israeli’s are accused of being the “New Nazis of the Middle East”, it is a libelous description made in an attempt at demonizing Israelis, nothing else.

Then you have the word “migrant” that has been in the news on a global scale. Nobody can deny that there is a “migrant crisis” in the world today. One thing that shouldn’t be done though, is to link the migrants of today with the Jews fleeing their certain death in the 1930s and 40s. Maybe some leftover corporate guilt is leading some world governments to open their doors to any and all migrants without questions, but that is very dangerous.  A lot can be done to take in migrants and political refugees, as long as they are properly vetted. As much as people want to be inclusive, tolerant and multicultural, we live in a different world when only one person can walk into a synagogue and kill a dozen people, or another can dive a truck through a crowd and kill over 80. That has to be taken into consideration.

I am a Jewish immigrant from France. I came legally to the USA in the mid-eighties, and today I am a legal American citizen. Anybody who wishes to make America their home should be able to do it LEGALLY! I also lost family members in the Holocaust at the hands of Nazis, so please don’t recycle the words so freely, because it is an insult to me, my family and the Jewish people in general.