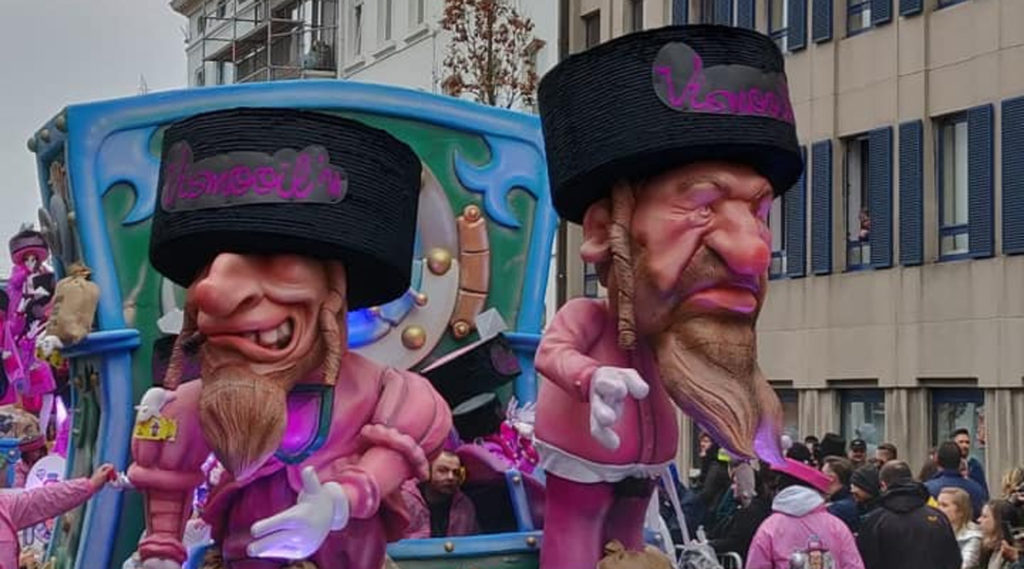 As early as the first Jews were described in the Bible, antisemitism was a thing.  And thousands of years later, it continues to be a thing. What could possibly fuel so much hatred against the same people group for such a long time? It is fair and accurate to say that Jewish history has been and continues to be punctuated by acts of antisemitism. Most scholars who write and teach on antisemitism through the ages are somewhat puzzled at its pernicious persistence. I believe that it is due to the fact that they do not take into account the spiritual aspect of the oldest hatred. The moment God expressed interest in the Jewish people and shared His plan for Israel and her people, His archenemy, Satan, started to work towards eliminating the chosen people.

Antisemitism cannot be fully understood without the spiritual component that allowed it to persist through the centuries. It is a creation of Satan to eradicate Israel and all Jewish people. He tried to kill the “Seed of the Woman” (Messiah) in Genesis 3:15, and then corrupt the lineage of the Jewish Messiah in Genesis 6:1-5. He turned the Amalekites against the Jews in the wilderness in Deuteronomy 25:17-19. We cannot forget his attempt at completely annihilating the Jews through Haman in the book of Esther.

Yet, Satan didn’t stop there. He continued to turn the world against the Jews, and when Yeshua of Nazareth–the Jewish Messiah–gave His life on that cross for all of us two millennia ago, it didn’t take long for people to accuse the Jews of deicide (the killing of God). Incidentally, it took the Roman Catholic Church and Pope Paul VI, over 1900 years to officially declare in 1965 in Nostra Aetate, that the Jews were no longer guilty of killing Christ. This hasn’t really stopped some modern Catholics from hating Jews to this day.

Satan is as creative as he is hateful. He has managed to summon Jew hatred from so many people around the world and over the ages. It really helps to identify all the different types of antisemites that one can run into. Some of them might be harder to identify because of how devious Satan is at disguising the hatred and making it look like social justice. In a day and age when social justice is so attractive, many people will jump on the antisemitism bandwagon, thinking that they are doing a great deed. So, who are these various antisemites? Let us list a few in no particular order, keeping in mind that some of these various characteristics might intersect and some people can display several of them all at once. Additionally, the list will keep growing because of Satan’s creative hatred and continued subcontracting of it to many people. I will let you discover where some of these people fit within that list.

The Historical antisemite: Deep in the soil of Europe grows the kind of hatred based on the multiple libels and tropes that have cursed Jewish communities from post-biblical days, through the Middle Ages and the Reformation. This is the antisemite who believes that Jews use Christian blood to make matzah for Passover and that Jews poisoned the wells of Europe to cause the great plague that killed over 50 million people in Europe from 1346 to 1353. This is a brand of antisemitism that is in the DNA of many Europeans.

The Muslim antisemite: Islam (early 7th Century) is much younger than Judaism and Christianity. For the last 13 centuries, Islam has developed into one of the three top world religions. For reasons beyond the scope of this article, parts of Islam have become radicalized, and an intense polarization now exists between our Judeo/Christian community and Islam. Jews have become a prime target of Islam and are often targeted as archenemies worthy of death. The Arab/Israeli conflict of the last century certainly doesn’t help the issue. Children are often indoctrinated against Jews and Israel at a very young age.

The College antisemite: For a couple of decades now, antisemitism has been present on college and university campuses. Unfortunately, due to extreme beliefs taught on campuses across the United States, Jews are targeted as enemies.  “Campus Intifada” and “Hate Fests” are held on numerous campuses where most of the speakers are solely antisemitic.  Gullible students who don’t communicate with others outside those circles end up believing Israel and the Jewish People are the “great Satan”!  When Jewish and pro-Israel or pro-Zionist students try and organize themselves, they almost always get disrupted and shouted out of having a voice.|

The Joking antisemite: Everybody loves a good joke, right? Well, we should be careful not to make ethnic jokes, and most people do pay attention to that warning. Yet, there seems to be a disconnect when it comes to jokes involving Jewish people. People regularly joke about Jewish people being stingy, liking money and good deals, thinking it is funny when it really is very offensive. Most Jewish people will shrug their shoulders and appear to be brushing it off, but it is hurtful. The Joking antisemite thinks he/she is funny, but they are not.

The Christian antisemite: How can one be a Christian and hate the Jewish people? Wasn’t Jesus a Jew? Of course, He was! Unfortunately, starting within one century after the closing of the biblical canon, many Church Fathers started to develop an allegorical approach to the Bible that led them and their disciples to believe that the Christians had replaced the Jews in God’s plan, promises and covenants. This is known today as Replacement Theology and is absolutely not biblical. The Christian antisemite thinks he/she is keeping with the Bible’s instruction by replacing the Jews, but they are actually making God a liar and a covenant breaker. Additionally, another group of Christians teaches that Jewish people do not need Jesus or the Gospel to be saved because they are already accepted by God by virtue of being Jewish. This is known as Dual Covenant theology and is also not biblical. Actually, to love Jewish people, but refrain from sharing the gospel with them, is a form of soft antisemitism.

The Political antisemite: The political arena is not exempt from the poison of antisemitism. Various states have elected representatives who claim not to be antisemitic, but only anti-Zionists. These representatives have infiltrated Congress and are fighting hard to give Israel and the Jewish people a bad rep. They claim that Israel is an occupier, colonizer and human rights violator while completely ignoring terrorist attacks against Israel and the Jewish people. The political antisemites lobby against Israel and slowly recruit more of their acolytes who will grow their ranks and help pass more resolutions against Israel.

The United Nations antisemite: When it comes to resolutions, we cannot ignore the many antisemites filling the ranks at the UN. Fourteen resolutions were passed against Israel (population 9.5 MM) in 2021, while five were passed against the rest of the world (population 7.9B), which shows the vast imbalance. Israel represents only .012% of the world population. There was three times more resolution against a country the size of New Jersey than against the whole world. This happened during the 76th session of the UN General Assembly for 2021-2022. UN antisemitism comes from various countries, many of them from the Middle East, but not exclusively. Israel’s demonization at the UN makes one wonder what they are really “United” about?

The Theological antisemite: At a recent Christian conference that is known for supporting Israel, I walked into a hallway and overheard a man conversing with a fellow Jewish believer in Yeshua. I was shocked when the man dogmatically claimed that “the Jews killed Christ!” I had to stop and ask him what he meant after I told him that both of his interlocutors were Jewish. His response was even worse. He told me, “I was only speaking theologically!” How can one spew that kind of nonsensical hatred and claim that it was just a theological statement? You cannot cover antisemitism with a veneer of theology. I asked the man if Hitler killed six million theologically as well. He had no comments.

A few more types of antisemites need to be listed and exposed, but for now, we need to pause and reflect on the first eight of our list. You probably know someone who fits the bill or even more than one type within the same person. People can be corrected once we know that they need correction. We have to do our part firmly and in love. In part II, I will list nine more types and we will look at what they all have in common and how we can start to redirect their biased and xenophobic mentalities toward the truth about Israel and the Jewish people.