Home » Blog » A New US Assistant Secretary of State with Ties to Hamas…What Could Possibly Go Wrong?
Spread the love 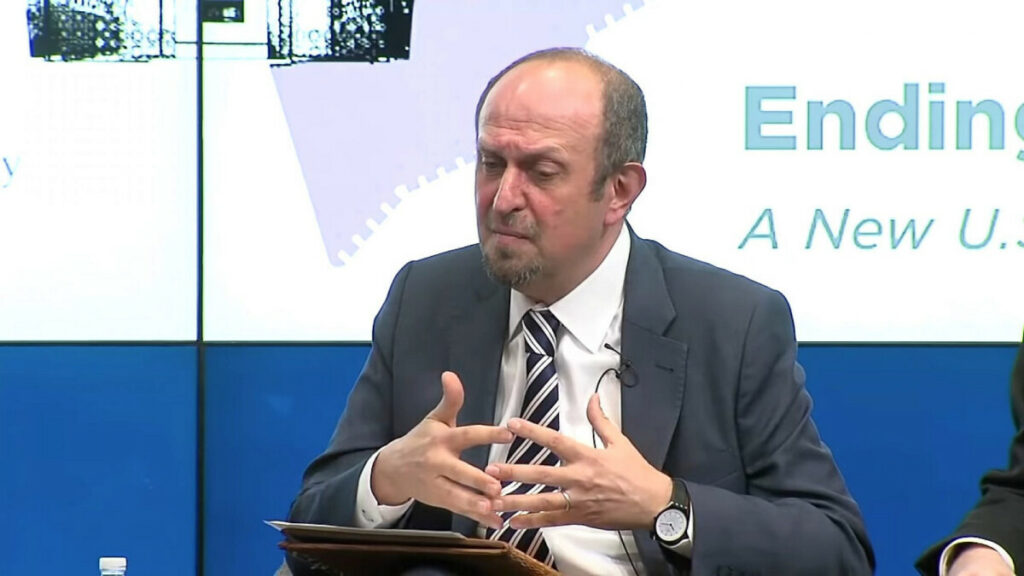 The Arab-Israeli conflict was not born yesterday. Although hope appeared during the last US administration, this conflict will most likely continue for the foreseeable future. Without positioning ourselves anywhere on the political spectrum, it is not difficult to notice the progress that was made during the Trump administration. Again, this is not meant to be an apology for Donald Trump’s policies, but simply an acknowledgment of some of his accomplishments regarding the Middle East. Many previous presidents spoke of moving the US Embassy from Tel Aviv to Jerusalem (the historical and biblical capital of Israel), only Trump did it. He defunded the UN Palestinian Refugee Agency and received a lot of criticism, but it turned out he was right. After a year-long investigation, his administration decided that the settlements in the West Bank were not illegal and started to describe the area as Judea and Samaria instead of the West Bank or the “Occupied Territories”. Then you have the Abraham Accords that historically paved the way for normalization between Israel and some of her Arab neighbors (UAE, Bahrain, Morocco and Sudan).  Seemingly, more would have followed suit; but we are now under a new administration.

To be sure, President Trump openly declared his love for Israel and the Jewish people, so none of this should come as a surprise to anyone; but many before him also spoke great words about the Jewish State and the right to the Land, and yet, accomplished little. We could say that even the friendliest previous administrations settled for some sort of status quo regarding Israel and the Middle East. I am reminded of the foundational passage of Scripture found in Genesis 12:1-3, where God promises to Abram (later to become Abraham) great blessings, a specific piece of land and a myriad of descendants as numerous as the stars. In that passage, in what could be called “God’s foreign policy as it pertains to Israel”, we read: “And I will bless those who bless you, And the one who curses you I will curse.” It might be helpful to notice that God didn’t give mankind three choices as to how they interact with Israel and the Jewish people. We either bless or we curse. Nowhere in the Bible are we ever told that we can remain uninvolved or indifferent when it comes to the Jewish people. We either bless or we curse. There is no sitting on the fence out of ignorance, or even worse…by choice!

Unfortunately, it can get more destructive. Apathy is never a good move, but hypocrisy is much worse. We now are under a new administration claiming that the safety of Israel is a priority, but is it really?

For starters, the current administration wants to reset the US-Palestinian relations. In a recent memo, it was stated, “the Biden administration will seek to achieve Israeli-Palestinian peace under a two-state solution framework based on the 1967 lines with mutually agreed land swaps and agreements on security and refugees”.  So, it looks like we are back to the pre-1967 borders agenda. This would bring Israel’s borders back to the 1949 armistice lines and make the country extremely vulnerable to attacks on several points; not to mention that it would reduce the area given by God to the Jewish people in Genesis 15:18-21 even further. Additionally, radical Islamists, Hamas and other enemies of Israel have clearly indicated that the pre-1967 borders are still not enough. These borders would only lead to further attacks and invasions by the Palestinians.

Even though the current US administration vows that they seek Israel’s safety, they have shown no interest in dealing with the Middle East as a priority and have made Hady Amr the new Deputy Assistant Secretary for Israel and Palestinian Affairs.  He is the highest US ranking official for Middle East affairs, but the question is, “Does he have the credentials for such a task?”

• Hady Amr is a practicing Muslim: This isn’t an issue in and of itself, as freedom of religion is part of our constitution (rightfully so), but might not be the best choice for the person officially representing the US government in the Middle East.

• Hady Amr wrote that He was inspired by the Palestinian Intifada: The Intifada (meaning “uprising”), was organized unrest from Palestinians against Israel, based on the false premise that Israel is an occupier and colonizer and trying to push Palestinians out of their own ancestral land. There is no archeological, geographical or historical basis for such a claim.

• Hady Amr has repeatedly called for dealing with Hamas: Hamas is a terrorist organization with a charter calling for the complete destruction of Israel.

• Hady Amr has strong ties to Qatar: He lived and worked there for years, establishing a branch of the Brookings Institute. Qatar is notorious for funding terrorism and supporting Hamas and having ties with Al-Qaeda and the Taliban.

• Hady Amr has accused Israel of murdering innocent children: He wrote:  “Arabs will never, never forget what the Israeli people, the Israeli military and Israeli democracy have done to Palestinian children. And there will be thousands who will seek to avenge these brutal murders of innocents.”

• Hady Amr has accused Israel of ethnic cleansing: He continues to promote the false narrative that Israel has taken over Palestinian land and committed ethnic cleansing, when in fact, there are more Arabs in Israel today than there were prior to 1948.

I can definitely see credentials in that list, but I am not sure they are the credentials needed for an unbiased approach to the Middle East crisis. It looks to me like the current administration is determined to undo all that the previous administration achieved. President Trump will be remembered as the single American President who did the most for Israel and the Jewish people. He was Genesis 12:3 in action on many fronts. He blessed Israel!

While it is still too early to know all that President Biden will do in the Middle East, by gathering a team of anti-Israel, pro-Palestinian staff members, one can only imagine what the future might hold in terms of Arab-Israeli conflict resolution.

There are things to consider when the US appoints a Deputy Assistant Secretary for Israel and Palestinian Affairs:

• Consider the weight of the 1917 Balfour Declaration: The very brief letter written by Lord Balfour to Lord Rothschild set the international stage for the birth of modern Israel. It read as follows:  “His Majesty’s Government view with favour the establishment in Palestine of a national home for the Jewish people, and will use their best endeavours to facilitate the achievement of this object, it being clearly understood that nothing shall be done which may prejudice the civil and religious rights of existing non-Jewish communities in Palestine or the rights and political status enjoyed by Jews in any other country.”

• The San Remo Conference validated the Balfour Declaration: After World War II, allied forces met in San Remo, Italy, to divide land conquered in the Middle East. They decided to include the decision made in the Balfour Declaration in their statement as follows:  “The High Contracting Parties agree to entrust, by application of the provisions of Article 22, the administration of Palestine, within such boundaries as may be determined by the Principal Allied Powers, to a Mandatory, to be selected by the said Powers. The Mandatory will be responsible for putting into effect the declaration originally made on November 8, 1917, by the British Government, and adopted by the other Allied Powers, in favour of the establishment in Palestine of a national home for the Jewish people, it being clearly understood that nothing shall be done which may prejudice the civil and religious rights of existing non-Jewish communities in Palestine, or the rights and political status enjoyed by Jews in any other country.”

• The United Nations voted for the partition of Palestine in 1947: Fifty years after Theodor Herzl spoke of it in 1897, the ancestral land for the Jewish people was reborn as a modern nation. The signatories included President Harry Truman who was a close friend of Chaim Weizmann (Israel’s first President).

• Modern Israel is the only democracy in the Middle East: Contrary to the false narrative being pushed by academia, the media and the current US administration, modern Israel is a haven of peace for Arabs in the public sector, private sector and is represented in the Knesset (Israeli Parliament).

All we need is some balance in the way our new administration interacts with Israel and Palestine. I don’t see any of that coming from the man who doesn’t have a problem dealing with Hamas and even looking to make a deal with them. I still rest in the fact that the God of Abraham, Isaac and Jacob is on our side; and He is definitely a Zionist in the purest sense of the term!